Joint Base Andrews in Washington, DC 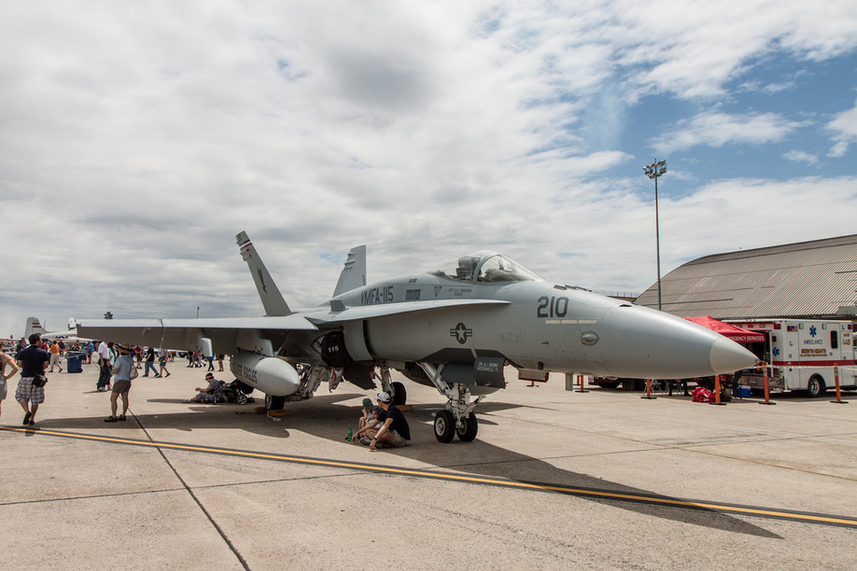 Located minutes from our nation's capital, Joint Base Andrews is a U.S. military facility in Prince George's County, Maryland. The Andrews Air Force Base and Naval Air Facility Washington merged together to form the base in 2009. JBA is home to over 2,000 people.

The base is widely known for housing Air Force One - both of the two Boeing VC-25 aircraft that are used by the President of the United States are situated at Joint Base Andrews.

The climate of the Baltimore-Washington metropolitan area has four distinct seasons. Autumn and spring are mild and pleasant. The winter can be quite cold - total snowfall amounts are typically around 17 inches. The summer is very hot and humid and thunderstorms are common.

History of Joint Base Andrews

In 1942, President Franklin D. Roosevelt ordered the Secretary of War to build a military airfield in the Washington, D.C. area. The 463rd Base Headquarters and Air Base Squadron was the first unit assigned to the base. A series of Republic P-47 Thunderbolts also arrived to achieve the base's mission to train fighter pilots for overseas combat duty.

The base was soon named Andrews Air Force Base after Lieutenant General Frank Maxwell Andrews. Andrews was a senior officer of the United States Army and one of the founders of the United States Air Force. Andrews was also the commander of all U.S. troops in the European Theater of Operations during World War II. In 1943, Andrews' was killed in an aircraft accident in Ireland.

Following the end of World War II, AAFB served as headquarters for the Continental Air Command, Strategic Air Command, Military Air Transport Service, and the Air Force Systems Command. Andrews continued to be used during the Korean War. The base focused on combat readiness training for B-25 medium bomber crews.

The base gained another special function during this time. During the late 1940s, AAFB began to transport senior government and military leaders. A $14 million upgrade to the runway was ordered and the VC-137 jet aircraft was transferred to the base. The president began to use the VC-137 for longer trips and the other official presidential aircraft, the C-118, was transferred to Andrews in 1962.

The base has been home to many historic moments over the years, including, but not limited to:

Joint Base Andrews is under the jurisdiction of the U.S. Air Force 11th Wing. The main mission of the 11th Wing is to maintain emergency reaction airlift and response capabilities for national security efforts. The unit also provides security, services and airfield management to support the President, Vice President, other U.S. senior leaders, and federal agencies.

The 89th Airlift Wing is responsible for special aircraft, logistics and communications support for the President, Vice President and other U.S. senior leaders. Air Force One is assigned to the 89th Wing.

The 79th Medical Wing is the Air Force's medical unit for planning and implementing Air Force and medical solutions within the National Capital Region.

Family housing is privatized at Joint Base Andrews, provided by Liberty Park at Andrews. A variety of floor plans are available. Amenities include playgrounds, tennis courts, a dog park, a 24-hour fitness center, biking and jogging trails, a food court, a gas station, a library, a post office, and three golf courses. For more information, call (301) 981-5518.