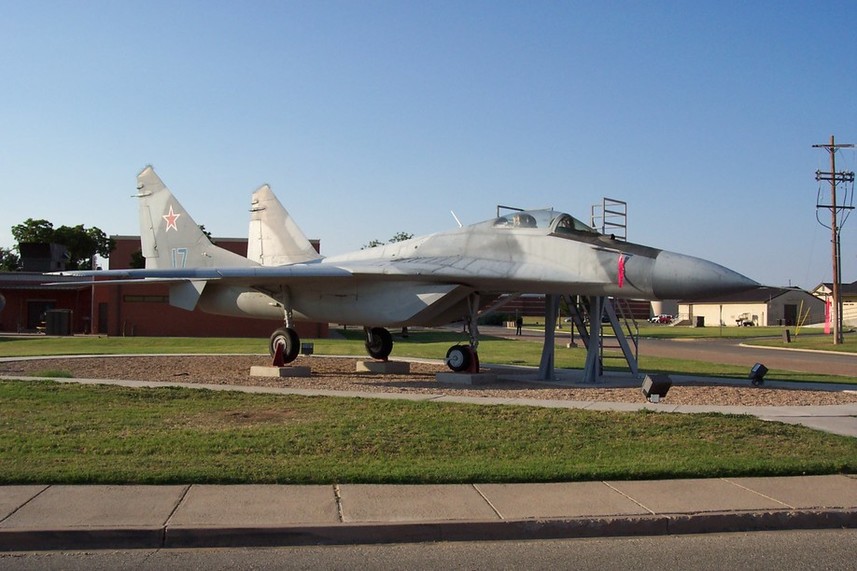 Goodfellow Air Force Base, located in San Angelo, TX., is a US military base which trains approximately 9,000 cadets each year. There are over 5,000 permanent party service-members located on post. Goodfellow AFB is part of the Air Education and Training Command, also known as AETC.

Goodfellow AFB provides cryptography and intelligence training for all service branches, not just the Air Force. Goodfellow AFB also trains military firefighters at the Goodfellow AFB Fire Academy which are part of the 312th Training Squadron.

History of Goodfellow Air Force Base

Although Goodfellow AFB is a non-flying Air Force base, it was flight-focused in it's early years. After WWI the government created the San Angelo Air Corps Basic Flying School on the site to train pilots. Pilots were trained at Goodfellow until 1958. At that time the Air Force Training Command switched to a new type of training that required longer runways. Goodfellow’s runways were not long enough and due to the cost of renovation, the training was simply moved elsewhere.

In order to accommodate incoming personnel from the other branches as well as the Air Force the entire base was renovated in 1993 to modernize and update the facility.

Getting To Goodfellow AFB

San Angelo has a small regional airport. However, most people who fly to Goodfellow take a flight either to San Antonio, TX or Dallas/Fort Worth and pick up a connecting flight to the base or rent a car and drive. Goodfellow is about 3.5 hours by car from San Antonio, TX and about 4 hours by car from the Dallas/Fort Worth area.

All dormitories for single or unaccompanied service-members were renovated in 1993. There are also extended stay hotels and other types of lodging for students who are not going to be at the base for long. On-post housing at Goodfellow AFB for permanent party service members and their families is available through Hunt Military Communities.

Activities and Things To Do

San Angelo, TX has a lot of fun things to do for service members and families. The city is located along the Concho River. There is an extensive greenway that is perfect for running, bicycling, and walking. Hiking and outdoor activities are also popular.

Military personnel and families will also enjoy visiting historic Fort Concho. Fort Concho was a defensive military base during the Pioneer days and has been preserved as a historical site. Kids will love seeing the Wild West days brought to life.