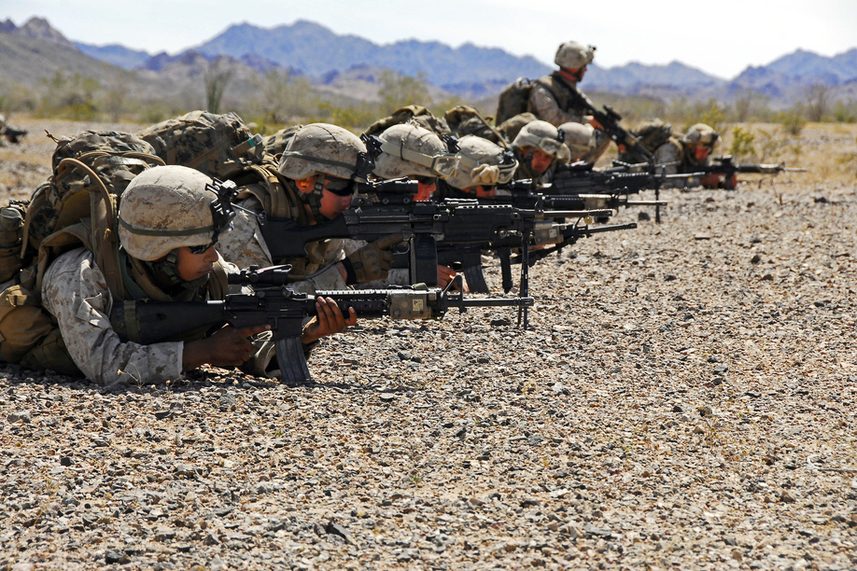 Yuma Proving Ground is one of the largest military facilities in the world and is the largest in the United States. Located in both La Paz County and Yuma County in the western portion of Arizona. With their priorities tightly placed in testing military equipment on its over 1,300 square mile facility.

The climate in Yuma is incredibly sunny. In fact, Yuma holds the Guinness World Record for the sunniest city on Earth; having 91 percent of their daylight hours filled with sunshine rather than clouds or rain. As a result, the area only receives about three inches of rain per year. Summer weather often ranges from the upper 80’s to lower 100’s and its winter months typically hang in the 40-degree temperatures. Recently, the temperatures have reached as low as 13°F.

Ideally, transportation into base should be done through Yuma International Airport which is 44 miles from the post itself, but more efficient than other modes of travel.

In 1850, Fort Yuma was created in an important geographic space along a crossing at the Colorado River for strategy. This same passage was utilized for centuries prior for traveling purposes. In 1865, the Army constructed the Yuma Quartermaster Depot which served to hold supplies of the military passing from Arizona to New Mexico. Both the Fort and Depot closed in the 1880’s and was not utilized again until World War II.

During the years of the Second World War, the base was known as Camp Laguna. Because of its location in proximity to the Colorado River, Yuma was used to test bridges, amphibious vehicles, and other types of boats. So many soldiers were trained here, it is said that in certain places of the base that tank tracks from World War II era can still be found. Following the end of the war, the base closed and reopened with different missions regarding military testing. In 1962, it was officially named Yuma Proving Ground and eleven years later it was given its current full name “U.S. Army Yuma Proving Ground.” Today the base primarily focuses on testing everything from ammunition to aircrafts to air delivery systems.

There is a plethora of hotels near Yuma Proving Grounds. Some of the most popularly rated hotels are Candlewood Suites, Holiday Inn Express and Suites Yuma, Holiday Inn Yuma, Comfort Inn Suites, Radisson Hotel Yuma, and Hilton Hotel Inn Yuma Pivot Point. There are other hotels some which cost as much as $250 per night and others which are cheap as $65 per night.

A Candlewood Suites location is also available on base and available between $87 and $95 dollars per night.

Some of the amenities at this location include weekly socials, daily breakfast, and high speed internet. Additionally, a pool, bowling alley, skating rink, and fitness center. Pets are allowed for a fee of $75 for five nights and $7 for each additional night.

Child care from age 5 weeks to 6 years old is available on base for those service members with children. Babysitting is also available on base and is typically offered by teenagers who have been CPR certified and are trained in a variety of child care skills. A library is available for educational and interested based needs and also hosts social events on occasion. Community Pool Parties, karaoke, and comradery events occur frequently on the grounds.

A calendar of Yuma’s daily events can be found on their MWR website.

Based on its location in Arizona, many of the events and attractions are based on the old territory and desert. Yuma Territorial Prison Museum allows its visitors to explore the jail which was built in 1875 and participate in haunting wild west activities. The Castle Dome City, Ghost Town and Museum  is village built in the late 1800’s in a remote, yet scenic location that will make patrons get a real sense of the old west. Martha's Gardens Medjool Date Farm takes their guests on a tour around the farm to understand the process of growing and cultivating their delicious dates. Mittry Lake Wildlife Area is pleasant area on the water is perfect for boating and fishing. Some reviews had called this spot “The best camping of their lives” and have noted it is very seldom overrun with tourists.