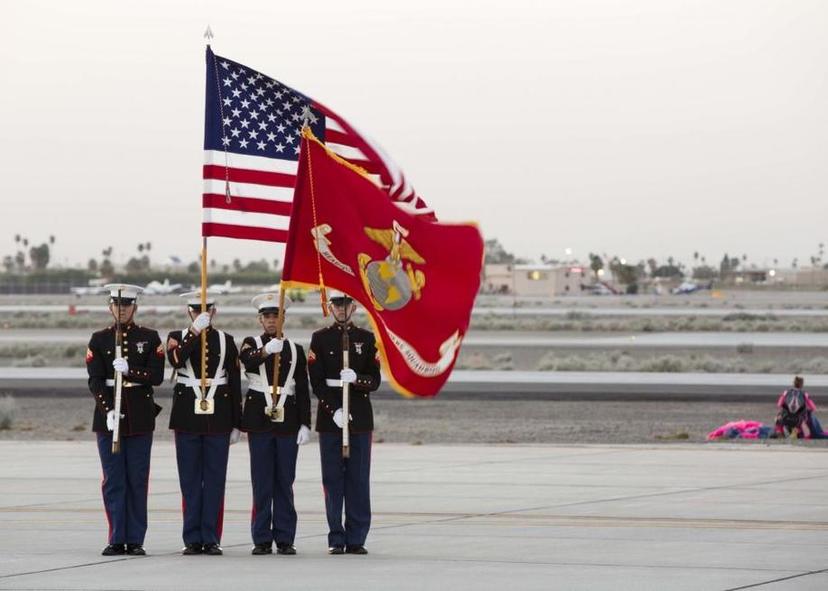 The land was purchased by the U.S. government in 1928 to be used for both military and civilian aircraft. After WWII started it was converted to a military only facility and renamed Yuma Army Airfield in 1942. Throughout WWII it was used as a flight training facility. It was closed in 1945

In 1954 MCAS Yuma was reactivated and taken over by the Air Force to be used for flight training. But in 1962 the base was passed to the Navy, and then it was given as a training facility to the Marine Corps. Because of the flat desert terrain MCAS Yuma is one of the best flight training and air to ground weapons training. This facility is now the busiest air station that the Marine Corps operates.

It’s easy to get to MCAS Yuma from almost anywhere in the country. Flights are easily accessible or incoming personnel and families can travel by car, train, or bus. Yuma International Airport is less than a mile from base. New arrivals can also fly into the Phoenix airport and grab a shuttle from 1st Class Shuttle. All incoming personnel should enter through the main gate which is located off of Interstate 8 on Avenue 3E. The MCAS Yuma base directory is available at various locations including the Visitors Center.

There is plenty of housing available for both single service members and families. Housing is managed by Lincoln Military Housing and includes both on post and off post housing options.

Yuma has a hot and dry climate with plenty of warm sunny days each year. The city of Yuma has about 100,000 people. It has many of the amenities of a large city with the conveniences of a smaller city. Outdoor activities like rafting, hiking, cycling and golf are popular.

Yuma has two large rivers, the Gilda River and Colorado River and it’s within a day’s drive of San Diego and Mexico. The Riverfront area is a popular place to hang out and has great restaurants and shopping.  There are also plenty of casinos, theaters and other indoor activities when the sun gets to be too much.

Yuma itself has many historical attractions and areas of interest. There are several ghost towns and historical mining towns that provide a great window into the past. Yuma is one of the oldest Frontier cities in the West and locals are proud of the history of the area.  The Cocopah Reservation has museums and tours that highlight the rich Native American history in the area.