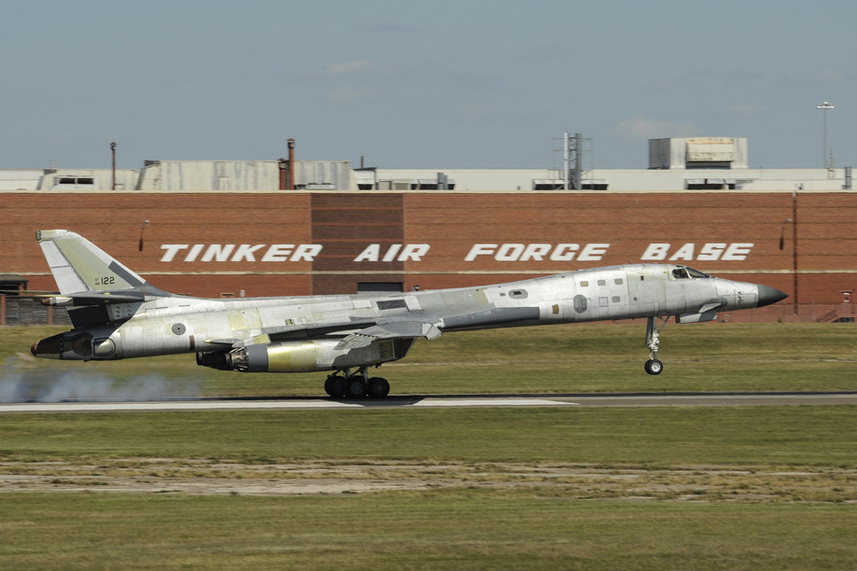 "Once an Okie, Always an Okie."

That’s the saying at Tinker Air Force Base, located in Oklahoma City, OK. Tinker is home to the History Office where archives are kept for the Air Force Sustainment Center (AFSC) and the Oklahoma City Air Logistics Complex. Over 26,000 military and civilian personnel work at Tinker and it's counted as the largest employment facility in the state.

Tinker is also an award-winning site for its pollution reduction efforts and hosts six other military departments including the Navy and Department of Defense.

Originally dubbed the Midwest Air Depot, the groundwork was set to begin construction on what would become Tinker AFB by businessmen who wanted to catch the government’s eye (and a contract) to build a post to service military aircraft. In the spring of 1941, the War Department recognized the efforts of the businessmen and announced that a depot would be built in Oklahoma City. Construction work began in the summer of 1941.

Tinker AFB is named after Major General Clarence L. Tinker, the first Native American to achieve that rank, who died fighting Japanese soldiers in June 1942. This installation was dedicated to Tinker a few months after his death in the fall of 1942.

Tinker Field (as it was known before becoming Tinker Air Force Base) saw a lot of action during WWII--nearly 20,000 military personnel and civilian employees worked on B-17, B-24, and B-29 bombers in addition to servicing C-47 and C-54 cargo aircraft.

During the Cold War, Tinker saw an increase in production as the threat of the Cuban Missile Crisis loomed over the nation. Tinker also supported operations Desert Storm and Desert Shield and in 1992, the Navy made history by moving its Strategic Communications Wing ONE to Tinker--this marked the first time the Navy established a branch at an Air Force base. After the terror attacks on September 11, 2001, Tinker hosted German forces who flew in to provide support for the U.S. at NATO's behest.

If you’re moving to Tinker and are searching for a home, Tinker AFB Homes is a good place to start. You can choose from 2-, 3- and 4-bedroom homes in a neighborhood that features 24-hour maintenance including lawn care and community events. Any questions can be directed to the leasing office at (866) 933-6055.

Oklahoma is susceptible to earthquakes and they happen fairly frequently. It would be beneficial to ask your realtor/leasing office about natural disaster insurance. Additionally, this area experiences intense hailstorms and tornadoes especially from March through June.

Oklahoma City University and Oklahoma State University are both within driving distance of Tinker as well.

Recreation at Tinker includes fitness classes and arts and crafts programs. Tinker also puts on movie nights in addition to childcare services and a golf course.