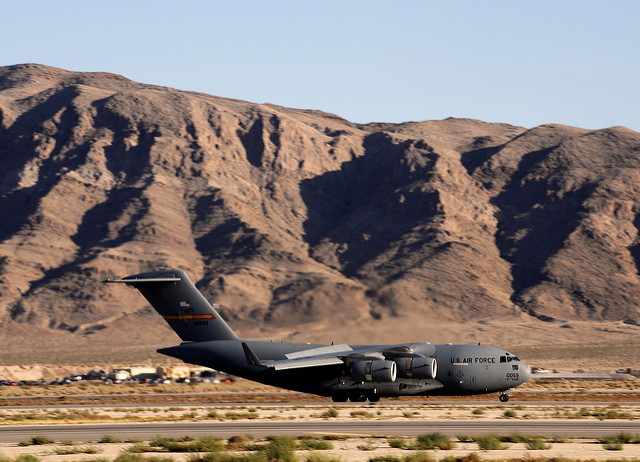 The Altus Air Force Base is a military installation in southwestern Oklahoma. The base is situated outside the city of Altus and is home to over 2,000 military members and their families. Since its formation in 1943, Altus AFB has provided a safe environment to train military personnel and prepare them for military action worldwide.

Being in a rural environment, transportation options to and from Altus AFB may be limited. The Will Rogers World Airport serves the Oklahoma City metropolitan area and is a 2-hour drive from base.

Altus is located in a semi-arid climate. Summers are very hot, with average highs reaching over 95° during July and August. Heavy rainstorms are common during the summer, providing relief from the blistering heat. Autumn, winter, and spring are rather mild with little-to-no participation. Snowfall is very minimum, as the base typically receives less than 5 inches a snow per year.

The base entrance is located on Falcon Road in Altus, Oklahoma. The official phone number is 580-482-8100.

The Altus Air Force Base opened in 1943 as a training center for World War II pilots. The training pilots learned how to fly newly developed aircraft, such as the North American T-9 and Boeing-Stearman Kaydet T-17. Following the end of the war, Altus AFB was deactivated and no longer used by the Army.

In 1953, the Korean War caused the base to reactivate. Hundreds of military members were trained to fly the C-47 Skytrain and C-45 Expediter during the war. Around this time, changes occurred as the base was transferred to the Strategic Air Command. The KC-135 Stratotanker and Boeing B-52 Stratofortress, jet-powered strategic bombers, were situated at Altus.

The 1960s brought the activation of multiple Atlas “F” intercontinental ballistic missile sites on the Altus AFB grounds. The missile sites were consistently monitored during the beginnings of the Cold War. However, by the middle of the decade, the Military declared that the Atlas missiles were outdated and were no longer needed.

Soon after the Atlas missiles left the base, the Air Force declared that Altus would become the home to the C-141 Starlifter. The aircraft was one of the newest and largest cargo aircraft operated by the U.S. military at the time. The Oklahoma clear skies proved to be the perfect home for the plane.

In 1996, the C-17 Globemaster III, known for its large cargo capabilities and powerful engines, arrived at Altus. Pilot training for the aircraft began quickly, as the C-141 Starlifter left the base. Altus continued to grow as more training programs were added to the base throughout the 2000’s.

For the past 20 years, the 97th Air Mobility Wing (97 AMW) has been the host unit at the Altus Air Force Base. The main mission of the wing is to is to provide quality training to produce the finest combat-ready aircrew members for the U.S. Air Force. Recently, the Boeing KC-46 Pegasus was assigned to the 97 AMW as its primary training aircraft.

When first settling onto the base, lodging is accessible at the Air Force Inn. Reservations can be made up to 120 days in advance! The Inn may be reached at (580) 481-7356.