Joint Base Lewis–McChord in Tacoma, WA 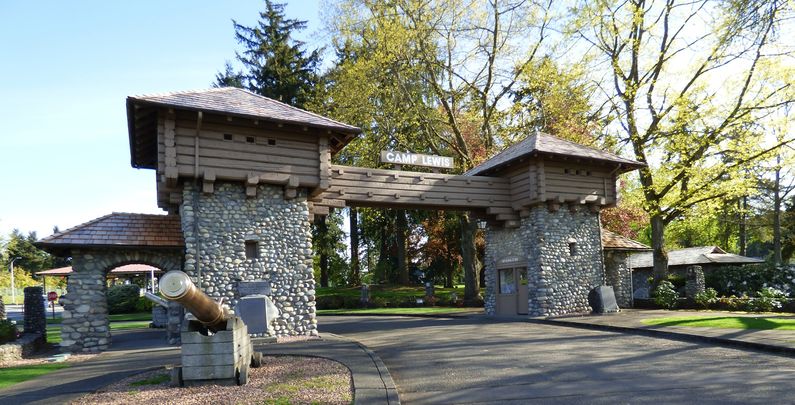 Joint Base Lewis-McChord was created in 2010 when Army Fort Lewis merged with McChord Air Force Base. The joint base is located near Tacoma, Washington and not far from Seattle, Washington. JBLM is the home of US Army IMCOM and US Air Force’s 627th Air Base Group.  It is the fourth largest military base worldwide, with a combined military and civilian population of over 210,000 people.

Before the merger Fort Lewis had a reputation as one of the most troubled bases in the Army. But after the merger the joint base made a concentrated effort to improve that reputation. It has been recognized by the Army Communities of Excellence program in 2012, 2013, and 2014.

Getting To The Installation

JBLM is only 35 miles from Sea-Tac airport in Seattle, so most incoming personnel choose to fly there. There is shuttle service from the airport through Capitol Aeroporter. There are also cars for rent, Uber, and other transportation options. There is also Amtrack train service for those who don’t want to fly.

Single military personnel live in Air Force dormitories or Army barracks. While some of the facilities are older there are several new barracks buildings that have very nice suite style accommodations where each resident gets their own bedroom and share a kitchen, bathroom and common living space with the other residents.

On post housing for families is managed by Lincoln Military Housing. On post housing tends to be small, especially for lower enlisted ranks, but many people prefer to live on base because the cost of living off base is very high. There is often a wait list for on post housing.

If on post housing isn’t available or if you prefer to live off base the communities near Joint Base Lewis McChord that most military families prefer are Lakewood, Puyallup, Spanaway, and Tacoma. Housing can be expensive to rent and most locals advise that newcomers plan on having several thousand dollars set aside for move in cost and deposits, especially if they have pets.

Spouses looking for work in the area have no shortage of opportunities in nearby Seattle. Some of the largest businesses in the country have facilities nearby including Starbucks, Boing, Microsoft and Amazon. Public transportation options make commuting to the city for work easy and relatively inexpensive. Jobs closer to the base and on base are abundant too. There are also great educational opportunities for spouses who want to further their education.

Even though the area is known for being cold and overcast there are stunning natural parks and beautiful scenery all over. Mt. Rainier towers over the skyline and outdoor activities like hiking and mountain biking are very popular. Fishing, sailing, and water activities are also easily accessible. For those who prefer city life to country life, Seattle has all the museums, plays, concerts, and other cultural events that you could want.