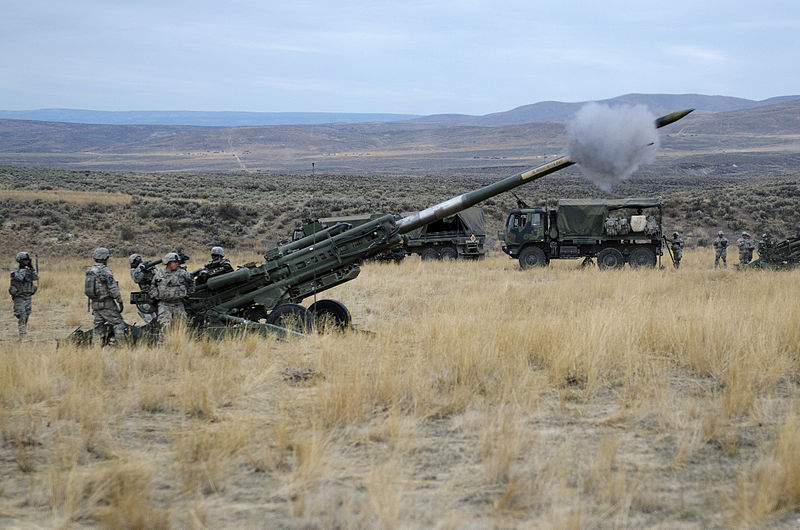 The Yakima Training Center Army Base is a U.S. Army installation located in south central Washington. The 327,000-acre base is primarily used for exposing trainees to realistic combat conditions and equipment use.

The training center is situated northeast of Yakima, Washington. The town and base are named in honor of the Yakama people, a federally recognized tribe. The Yakama Indian Reservation, home to over 30,000, borders the city of Yakima and is near the base.

The Yakima Training Center is situated in a cold semi-arid climate, meaning that there are low rates of participation during the hot summer. However, winters typically bring over 20 inches of snow yearly. Highs in the summer are typically around 85° F and around 36° F in the winter.

In the early 1940s, the U.S. military decided that a training base should be constructed in the northwest of the country following increased threats from Europe and Asia. The Yakima Anti-Aircraft Artillery Range was soon established as the U.S. entered World War II. The Range was used for range firing and small unit tests and training.

In the early 1950s, the U.S. Army bought over 100,000 acres of land to increase the size of the Yakima Training Center due to increased usage of the base. Training exercises for both the Washington Army National Guard and U.S. Marine Corps took place during this era.

As the Vietnam War began, Yakima was used primarily by the U.S. Army Reserve and Army National Guard. The 9th Infantry Division was activated on base, focused on training troops with contribution from the Washington Army National Guard. Newly developed military equipment, including tanks, were tested on the site.

The base expanded again in 1987, as testing and training efforts continued to grow. The base was renamed as the "Yakima Testing Center" in 1990 in order to accurately describe the Yakima's mission.

Today, Yakima is used by the National Security Agency, Marine Corps, Air Force, Navy, and Coast Guard for numerous purposes. Units at the Fort Lewis Army Base frequently use the base to conduct training exercises. Additionally, Canadian and Japanese militaries use Yakima for training.

The Yakima Training Center is one of the best military training installations on the North American Pacific Coast. The base is not only used for training - the complexes on base were designed for testing newly developed weapons. Tanks, infantry gunnery, and artillery are commonly assessed at Yakima.

Yakima has played a significant role in developing the surveillance program "ECHELON". The program, operated by the United States, United Kingdom, Australia, New Zealand, and Canada, was developed during the Cold War to monitor the Soviet Union and its allies. The Yakima intercept station captured many signals and gained intelligence before being closed by the NSA in 2013.