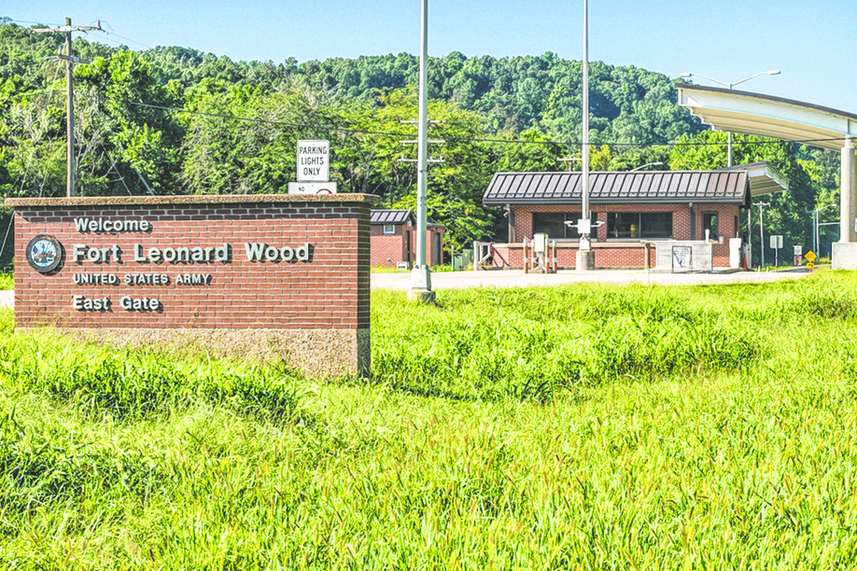 Fort Leonard Wood is located in the Missouri Ozarks. It is home to three U.S. Army branches: Engineers, Military Police, and the Chemical Corps. Ft. Leonard Wood was established in 1940 as another post available to house and train soldiers prior to sending them to battle in WWII. Today, the base has become the center and home for all things related to combat maneuver support.

As World War II started to engulf much of Europe, the United States War Department began to look for more training areas in preparation for our involvement in the war. One of their major challenges was finding suitable training area for the continuously growing Army. In December, 1940, military officials commissioned the Seventh Corps Area Training Center. The War Department later designated the installation as Fort Leonard Wood.

Fort Leonard Wood is named after Major General Leonard Wood, a distinguished American Soldier whose service to his country spanned 40 years. He graduated from Harvard University and began his military service as a surgeon. He was awarded the Congressional Medal of Honor for valor during the Apache Indian Wars in the 1880s. During the outbreak of the Spanish-American War, Wood commanded the 1st U.S. Volunteer Cavalry, which is better known as the Rough Riders. Wood would go on to serve as the Army’s Chief of Staff from 1910 to 1914.

Due to the escalating World War, Fort Leonard Wood’s construction was completed at a rapid pace. Nearly 1,600 buildings, with more than 5 million square feet of floor space and a cost of $37 million dollars, was completed in less than 6 months.

Following World War II, training declined at Fort Leonard Wood and ceased completely by the spring of 1946. The War Department placed Fort Leonard Wood on inactive status and a small caretaker unit maintained the facilities for the time being. Much of the reservation was leased to an Oklahoman rancher who used the area for grazing cattle.

As the Korean War loomed, the War Department announced that Fort Leonard Wood would be reopened to provide basic and engineer training for soldiers destined for Korea. The Army reactivated the 6th Armored Division and gave the division the training mission as the cadre unit.

Once the Korean War ended, there were some concerns as to whether or not the post would stay activated. However, due to concerns during the Cold War, the Army made Fort Leonard Wood a permanent installation. In 1956, the installation was designated the United States Army Training Center for Engineers. Once Fort Leonard was deemed a permanent post, funding increased which led to major construction improvements. Hundreds of military family units were built, recreational facilities, major troop barracks, and more were all constructed throughout the 1950s and 1960s.

In 1967 alone, the post trained more than 120,000 soldiers in preparation for the Vietnam War.

In 1985, Fort Leonard Wood scored another victory. That year, the Secretary of the Army announced that the United States Army Engineer School would move from Fort Belvoir, Virginia to Fort Leonard Wood. In 1989, a $60 million state-of-the-art training and education facility was constructed.

Soldiers arriving after duty hours or on weekends should report to the Emergency Operations Center (EOC), Building 3200, in Hoge Hall. Call: 573-563-4045 for more information.

Housing at Fort Leonard Wood has been privatized since 2005. The facility have over 500 homes, 3 community centers, and numerous playgrounds. The neighborhoods include: Woodlands, Eagle Point, North Stonegate, and Piney Hills.

The United States Army Engineer, Chemical, and Military Police Museums are located at Fort Leonard Wood. More than 100,000 people visit each year. The museums have fascinating artifacts and dioramas that display the branch history in chronological order.

Most people will arrive to Fort Leonard Wood by air. There are three main options.

Fort Leonard is the place to be if you enjoy doing any activity outside. The area offers a true paradise for any camper, hiker, canoeist, horse rider, fisherman, hunter, and more. There are also Civil War battlefields and numerous museums for anyone that has an appetite for history.

If you enjoy sports, St. Louis is home to the Cardinals (baseball) and the Blues (hockey). If hiking interests you, Missouri is often called the “Cave State.” There are caves on post available to check out. Plus, there are many caves that are commercially operated off-post available for tour in the surrounding area.

The Lake of the Ozarks Recreation Area (LORA) is a popular destination for camping, boating, swimming, water skiing, fishing, and any outdoor activity. With more than 1150 miles of shoreline, it is one of the Nation’s largest man-made lakes. LORA welcomes all active duty, retired, National Guard, Reserves, DOD employees, and family members of Fort Leonard Wood.