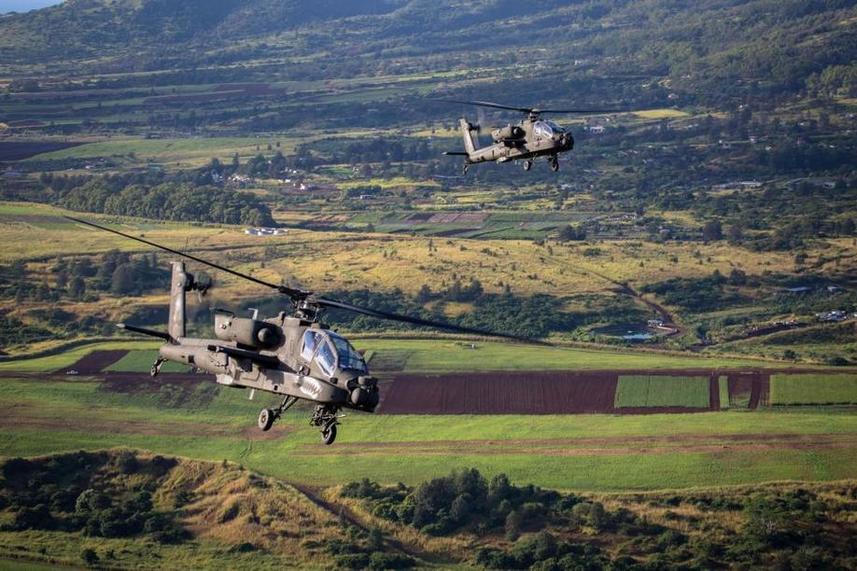 Wheeler Army Airfield, spanning 1,389 acres, is located adjacent to nearby Schofield Barracks in Central O’ahu. The base serves as headquarters of the U.S. Army Garrison-Hawaii, which operates 22 Army and Civilian Personnel as well as retirees. The facility also services military families stationed around the area, at bases including its own site as well as Fort Shafer, Tripler Army Medical Center, Schofield Barracks, Pohakuloa Training Area, and other nearby sub-installations.

The airfield had humble beginnings, with two canvas hangars built in 1922.  Later that year, the field was named after Major Sheldon H. Wheeler, a commander at Luke Field who was recently killed in a crash. In 1923, the facility expanded with the construction of a new flying field, shop hangars, airplane hangars, and oil storage tanks. However, the full range of buildings that can be seen today were not erected until 1930.

Though Wheeler is primarily known for its efforts during World War II, the site also held a few important aviation events beforehand. Such events include the first transpacific flight from California (1927), The Great Dole Air Race, the First Transpacific Flight from the U.S. to Australia (1928), and the first Hawaii-to-Mainland solo flight by Amelia Earhart (1935).

During World War II, the field’s purpose shifted to service mainly Army Air Corps aircraft. It was consequently among targets of the Japanese Pearl Harbor Attack in 1941. While Japan was determined to prevent the base’s planes from leaving the ground, 12 pilots from the Wheeler Pursuit Group (15th Air Base Wing) managed to get airborne and fight back. The pilots later helped America achieve their first victories of World War II.

The base was also involved in operations during the Korean and Cold Wars, when the site was temporarily handed over to Air Force control. The airfield has since been recognized as a National Historic Landmark for its success in the wars of the 20th century.

The base returned to army control in 1991 and now takes part in numerous Department of Defense activities, such as the

Active Units at Wheeler include

Because the airfield is considered a historic site and sits close to the Hawaii’s capitol in Honolulu, temporary visits are popular at the base. There are many hotels available to meet your needs:

Wheeler AAF and Schofield Barracks both share housing at Island Palm Communities, where residents can take advantage of a variety of amenities, which include tot lots, basketball courts, spray parks/swimming pools, and a variety of seasonal activities. The housing also provides a community center for additional recreation opportunities. To apply for a home or get more information, click here. You can also call (808) 275-3700 or email [email protected].

The Hawaii State Department of Education (DOE) coordinates schooling arrangements in the area, including public elementary, middle/intermediate, and high schools. These include public and private schools that are on-post, off-post, and near IPC housing. Even if you do not have permanent housing yet, you can still enroll your children in an on-post school. Contact the Army School Liaison Office at (808) 655-8326 for admission or click here for more details on additional youth opportunities.

There are several modes to reach Wheeler AAF. You can call any particular office using the directory or send mail to 447 Wright Ave Wheeler Army Airfield Schofield Barracks, HI 96857.