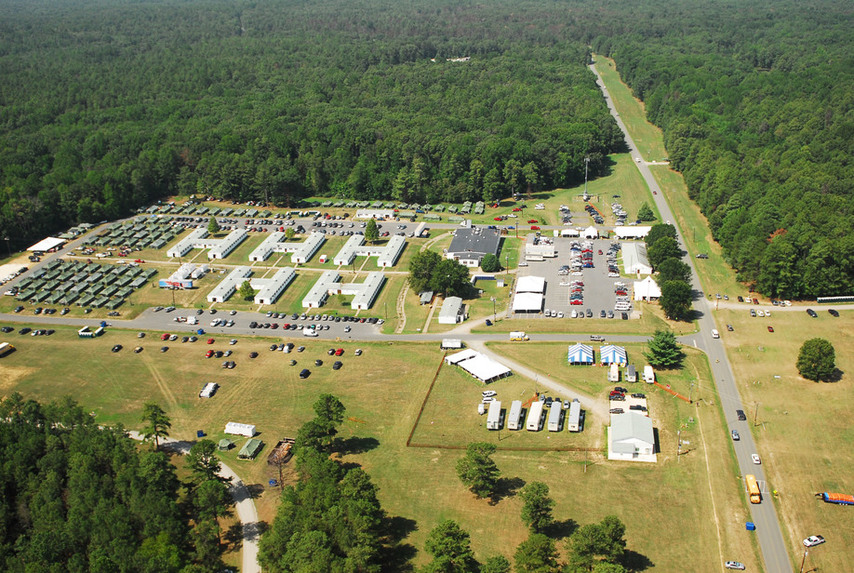 Fort A.P. Hill is a military installation in Virginia that provides support to the contingency operations in the mid-Atlantic and national capital regions. It was established in 1941 and is currently controlled and operated by the U.S. Army. A.P. Hill is near Bowling Green, VA and sits on approximately 76,000 acres, 28,000 of which are utilized as a professional training field where military grade weapons are used on over 100 ranges. The garrison commander is Lieutenant Colonel Andrew Q. Jordan and the garrison command Sergeant Major is Robert L. Parker II. A.P. Hill's motto is "The best training and support - anywhere!"

Fort A.P. Hill was named after Lieutenant General Ambrose Powell Hill, a Virginia native who served as a Confederate commander in the Civil War and died in battle at the age of 39 in Petersburg, VA. In 1942, Fort A.P. Hill acted as the headquarters for Major General George S. Patton's Task Force A, the 10th Armored Infantry Battalion.

The idea to build a fort came out of the need to build an installation that would support, train and deploy American troops to the Pacific and Europe. Lieutenant Colonel Oliver Marston was the person responsible for discovering the area that would become Fort A.P. Hill; he suggested that the grounds were perfect for the new base the government was looking to build--shortly after, construction began. A.P. Hill hosts military units from all over the country where they undergo intensive training ranging from small operations to larger exercises using advanced weaponry.

Fort A.P. Hill is in use year-round and has acted as a maneuver area, staging area and training center since it was opened. It sees to the training of active duty Army, Navy, Marine, Air Force and Reserve troops.

On post housing is available but subject to wait times. Contact the Fort A.P. Hill Housing Office for more information at (804) 633-8335. There is also off-post single family housing available. Many of the homes on or near A.P. Hill are a mere 90 minutes away from Washington, DC.

The closest hotels within 15 miles of A.P. Hill include:

Kings Dominion amusement park located off of I-95. The park covers 395 acres and is only 25 minutes from Fort A.P. Hill. You can contact the park at  (804) 876-5000 or visit their website for more information here. Kings Dominion offers free admission on Memorial Day weekend for active and retired military personnel with valid ID's in addition to discounted single-day general admission tickets (up to 6) for service members on all other days with valid military ID.