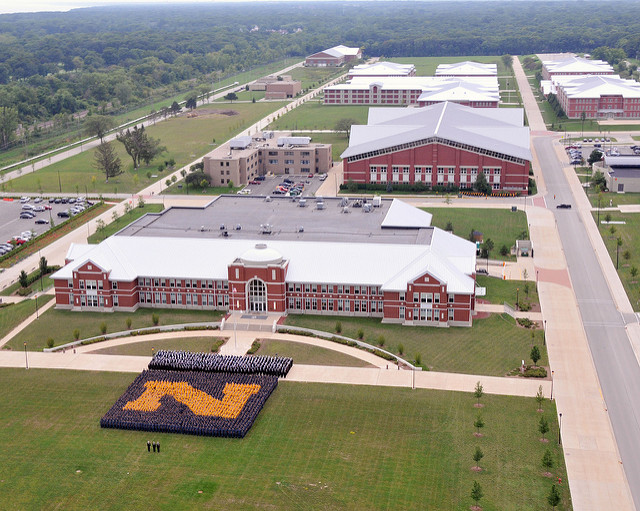 Naval Station Great Lakes is the home to the only Naval Boot Camp in the United States. Located in North Chicago, Illinois, it is the largest training station for the Navy.

Some of its goals include preserving Naval heritage and customs by representing the Navy through professional and personal excellence, delivering unrivaled services to our tenant commands and their families, ensuring their safety and security, and providing unsurpassed quality of life for Naval Station Great Lakes' military service members, civilians and their families.

The Climate in North Chicago is very distinct. ​Summers are often both hot and humid with temperatures commonly in the 90's. Winters are cold and snowy and days rarely exceed temperatures above freezing and its effects can often extend into late April. Spring is pleasant, but often wet and rainy with frequent thunderstorms. Fall weather is typically pleasant and warmer than other Midwest locations.

The Naval Station Great Lakes is a quick 30 minute drive to O'Hare International Airport and 45 minutes from Mitchell Airport in Wisconsin.

The Naval Station was first conceived by President Theodore Roosevelt and was considered an outlandish concept to have any Naval training away from the Ocean. During the Spanish American War, it was noted that many of the best Navy's best sailors were originating in the Midwest and, in response, the Naval Station was built along Lake Michigan where it remains today.

Most lodging units on site come with kitchenettes, television, radio, wireless data as well as breakfast to go, taxi services, cribs, playgrounds, and wake up services to name just a few of the amenities. A standard room is less than $100 per night. Most rooms are child and pet friendly. For more lodging information, please call (877)-628-9233.

Schools Near the Naval Station

Lake County Schools offer public education for grades K-12 and their mission is to serve as an advocate for education by providing positive leadership. For more information, please call 847-543-7833 or e-mail [email protected].

Naval Station Great Lakes and its proximity to Chicago allow for ample activities and services.

Other popular sites include the Botanical Gardens, and the City of Chicago (1 hour drive).