Grissom Air Reserve Base in Kokomo, IN 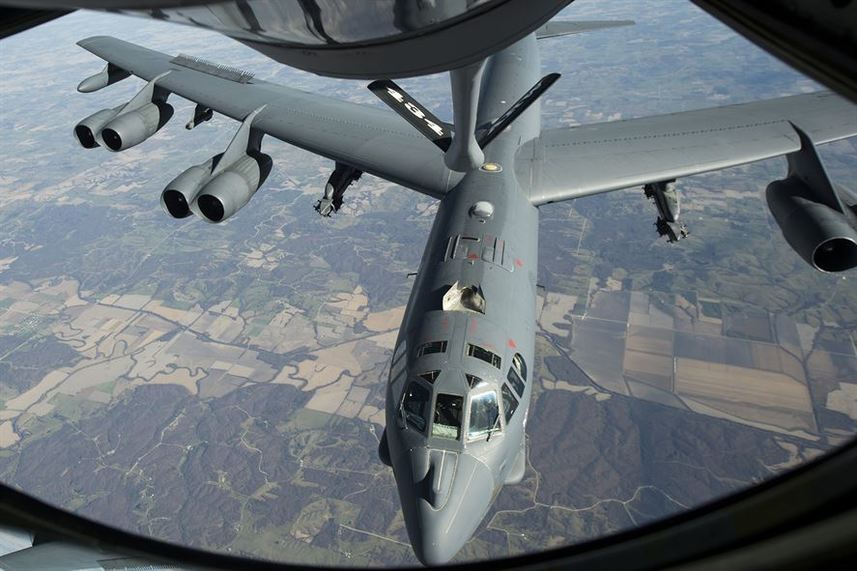 Grissom Air Reserve Base is located on 1100 acres of land in north central Indiana. It was an active Air Force base from 1954-1994. Now it is a joint use military and civilian installation that shares the Grissom Aeroplex. The 434th Air Refueling Wing is the main tenant on the base but Grissom hosts units from both the Air Force Reserve and the Marine Corps Reserve.

When Grissom was originally commissioned in 1943 the base was called Naval Air Station Peru. The original purpose of the installation was to train Navy, Marine Corps and Coast Guard pilots. Shortly after the base was active the name was changed again to Naval Air Station Bunker Hill, and that name remained throughout World War II.

During the war Naval Air Station Bunker Hill was the intermediary training center for pilots. Pilots would go through 12 weeks of pre-flight training in a classroom at another installation. Then they would arrive at what is now Grissom ARB for 12 weeks of beginning hands-on flight training. Finally trainees would be sent to another base like NAS Pensacola to finish their training. At the Grissom base pilots were taught essential skills like dead reckoning navigation, radio communication, and engine repair as well as keeping up the military standards for physical fitness.

After WWII the site was no longer needed for pilot training. Instead, the base was used for farming until the Navy turned the land over to the Air Force. Grissom was inactive for several years, but was reactivated during the Korean War.

To learn more you can visit the Grissom Air Force Base Museum.

Even though Grissom ARB is located in the middle of corn and soybean farming areas it is relatively close to two major metropolitan areas. Fort Wayne, IN is just an hour and a half away. Chicago is located two and a half hours away. You can drive to both cities or take the train to Chicago and back. Grissom offers a relatively low cost of living but still is close to all that a bustling city like Chicago has to offer.

If you want activities that are closer to base there are plenty of outdoor activities and great restaurants options. Lake Mississinewa is close by for fishing, boating and swimming. There are also running and cycling trails around the lake.

If you’re a passionate cyclist you can take on the Nickel Plate Trail, which connects Peru, Rochester and Kokomo, Indiana. It’s a great way to spend a summer afternoon. Skiing and other winter sports are available too if you love to get out in the Midwestern winter weather. Summers can be warm but the winters are very cold and snowy.