Camp Atterbury Army Base in Edinburgh, IN 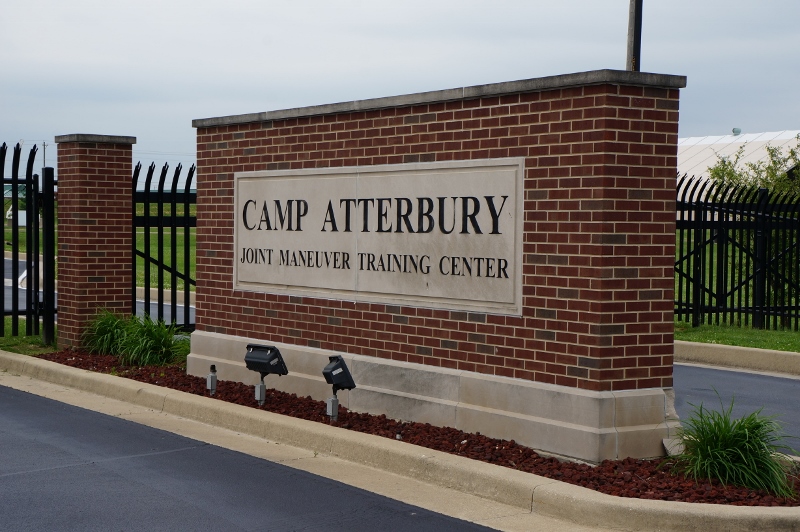 Located in Indiana, Camp Atterbury is a military and civilian training base and is controlled by the Indiana National Guard. Portions of Camp Atterbury are leased to different organizations including the Indiana Department of Natural Resources, the Atterbury Job Corps and the Johnson County Parks Department.

Established in 1941, Camp Atterbury sought to provide training for the U.S. Army during World War II. The bombing of Pearl Harbor hastened construction of the post and it officially opened in 1942. The bulk of the heavy duty construction work took approximately 6 months; at the height of facilities construction, there were 14,491 people employed at the post. Camp Atterbury was built to support the training and accommodation of 40,000 troops but saw as many as 44, 159 military personnel pass through during WWII.

This installation was named after Brigadier General William Wallace Atterbury, a recipient of the Distinguished Service Metal for his efforts during WWI. Camp Atterbury has provided support during the Vietnam War, Desert Shield and Desert Storm.

The post held almost 15,000 POW's (mostly Italian and German) between 1943 and 1946 (WWII). During this time, Italian captives built a tiny chapel on site that still stands today. In 1946, Atterbury was deactivated and was primarily a standby facility until it was reopened in 1950 to train troops during the Korean War. In 1968, the Army gave up control of Camp Atterbury and the Indiana National Guard took over. Atterbury's motto fits their mission to be a center of support and mobilization: Preparamus (we are ready).

Camp Atterbury also has MWR cabins, campgrounds and lodging rooms which can be reserved by calling the Lodging Front Desk at 812-526-1499 ext. 1128.

Hotels within 5 miles of Camp Atterbury include:

The Edinburgh Community School Corporation features an elementary, middle and high school. You can contact the Edinburgh CSC Secretary's office at (812) 526-2681 ext. 1101.

Things To Do & Places of Interest