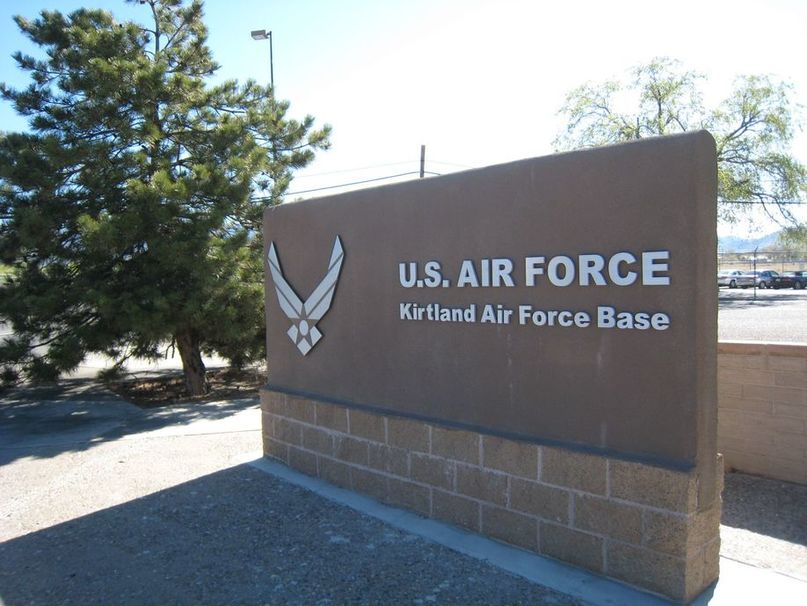 Kirtland Air Force Base is the sixth largest air force base in the nation, and it houses the 58th Special Operations Wing. Kirtland ABF also houses the Air Force Material Command ‘s Nuclear Weapons Center (NWC) which is responsible for overseeing and maintaining the Department of Defense’s nuclear program. The NWC contains the 377th Air Base Wing and the 498th Air Base Wing.

The Kirtland AFB was created from three separate runways, in 192, by Frank G. Speakman and William L. Franklin. This early airport was privately owned until 1939 when Major General Henry Hap Arnold pushed to more military funds to be given to the Army Air Corps. As a result, the airport was bought for the for the United States military.

The airport was used for maintenance  of aircraft and to refuel planes. However, with the start of World War II, the military owned airport stated to become the Albuquerque Army Air Base. In World War II, the base was used for training pilots. The training programs offered by the base included a Primary Flying School, a Basic Flying School and an Advanced Flying School. However, one of the most important functions of Kirtland ABF in World War II was its contribution to the Manhattan Project.  The Kirtland Field was used as a transporting center by the scientist creating the Atomic Bomb.

Housing at Kirtland ABF is privatized through the Hunt Military Community. Kirtland Community offers its residents houses in a gated community. The houses come with amenities such as Central Air Conditioning, 24-hour maintenance, high speed internet, and cable. Kirtland Community allows each household to have up to two pets.

Kirtland community also offers landscaping services.  Kirtland Community Housing also has a variety of community features for residents to access such as access to Kirtland AFB facilities, picnic areas, trails, and a fitness center. For more information got to www.kirtlandfamilyhousing.com.

Albuquerque, New Mexico has a large school system which consist of 141 schools. For more information go to www.apd.edu. The Kirtland Air Base Education Center(http://kirtlandforcesupport.com/education-center/)  can help with choosing a college or university for prospective students. Embry-Riddle Aeronautical University, Lewis University, University of New Haven and Wayland Baptist University all offer classes on the base. These classes are available to active-duty military members, National Guard and Reserves, civilians, and family members.

The Albuquerque area has a variety of attractions and parks to explore. These include museums like the Rattlesnake Museum, Anderson-Abruzzo Albuquerque International Balloon Museum and the Holocaust and Intolerance Museum of New Mexico. The Albuquerque area also has several parks and shopping hubs. Some of these parks include the Botanic Garden and the Rio Grande Nature Center State Park. Shopping centers around the Albuquerque area include the Coronado Center and the Cottonwood Mall.