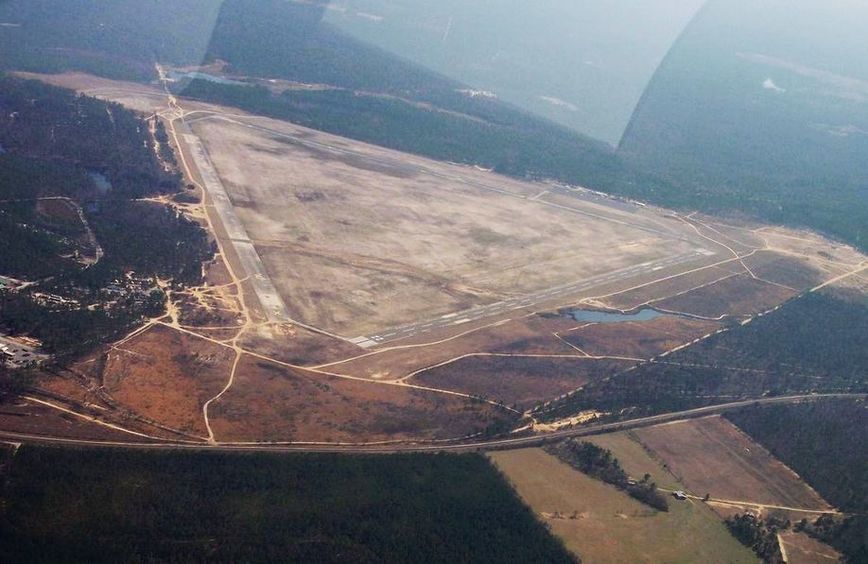 The Compound was named to honor Colonel Rowe's bravery. Rowe was held captive during the Vietnam War for over five years. Rowe was one of only 34 American POW's to make it out of enemy imprisonment. Using what he saw and had to experience as a POW, Rowe designed a program that is taught and must be completed by all Special Forces. Nasty Nick is not for the faint of heart--the course measures fear of heights, levels of distress in confined spaces, strength and soldier endurance.

Built in 1942 and originally named Camp Hoffman, Camp Mackall was renamed in 1943 to honor the late Private John Thomas Mackall, who died after his plane was attacked by French Vichy forces. Camp Mackall grew quickly and in just four months, the lands had gone from 62,000 nearly undeveloped acres to 62,000 acres with paved roads, a hospital, movie theatres, and more than 1,500 buildings.

Camp Mackall was originally built to train and support the 82nd Airborne during World War II in addition to providing maneuver training for the armed forces including the National Guard, the ROTC and the Marines. Camp Mackall also supported the Hoffman Airborne Command Station.

There is no on site housing at Camp Mackall, but homes are available to buy or rent nearby.

The Weymouth Woods - Sandhills Nature Preserve (910) 692-2167 covers 915 acres and features an exhibit hall and a visitor center which is open daily.

The Rankin Museum of American Heritage (910) 652-6378 has tons of options for visitors including self guided and group tours. You can also check out the various exhibits the museum offers ranging from natural history to American heritage and Native American culture. Visitors can also peruse the gift shop and reference library before heading to the interactive zone or participating in the self-guided scavenger hunt.

Railhouse Brewery and Pub (910) 783-5280 is a veteran-owned, family friendly craft brewery and eatery.