The Naval Academy in Annapolis, MD 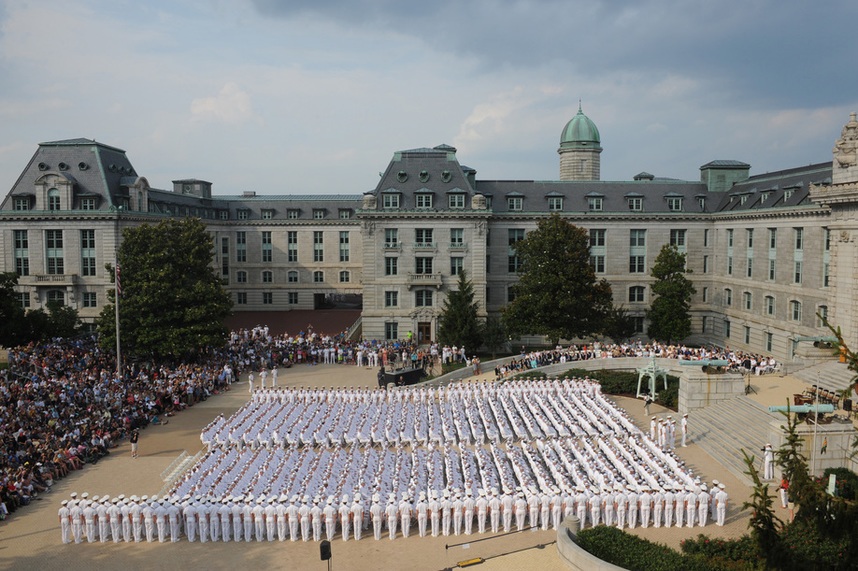 The United States Naval Academy serves as the undergraduate college of our country’s naval service and is located in Annapolis, Maryland. Its main mission is to prepare young men and women to become professional officers in both the U.S. Navy and Marine Corps.

The climate in Annapolis, Maryland generally has humid summers and cool winters with moderate precipitation. It’s location next to the Chesapeake Bay makes its summers and springs pleasant and cooler due to maritime effect.

Its proximity to the DC Metro area allows for close transportation to three major airports – BWI, Reagan National, and Dulles. The Naval Academy is located just 20 miles for Fort Meade and 30 miles from Joint Base Andrews.

The Naval Institution was founded in late 1845 by Naval Secretary George Bancroft and was given its current name, The United States Naval Academy, in 1850. During the Civil War, the Academy was dispersed in order to preserve its status within the Union as Maryland contained many Confederate sympathizers. Following this, the Academy spent the decades after the war to update and maintain their naval vessels.

In 1933, President Franklin Delano Roosevelt signed a bill into law instituting bachelor of science degrees for Naval, Military, and Coast Guard Academies. In 1976, the Academy accepted women to become midshipmen and as of today, women make up approximately 20% of entering freshmen at the Academy.

Housing in Annapolis area is available but well sought after and usually more expensive than other locations in Maryland. There is a Navy Lodge with 50 rooms at a rate of $74 per night. Motel rates start at $50/and up per night.  Navy Gateway Inns & Suites is another affordable alternative under the operation of NSA Annapolis and located at the U.S. Naval Academy. For more information, please call (410-293-3906).

Schools Near the Naval Academy

Annapolis offers countless sights and activities for one person or the entire family. The historic district features many revolutionary era buildings and museums. The proximity to the Chesapeake Bay allows for many maritime activities such as fishing, boating, kayaking, and swimming.

Annapolis is a short 40-minute drive from Baltimore, Maryland which hosts the National Aquarium, ample museums and home of both the Baltimore Ravens and Baltimore Orioles.

Likewise, Annapolis is 40 minutes away from our Nation’s Capital which holds a host of sights including the White House, The National Mall, and countless historical museums.