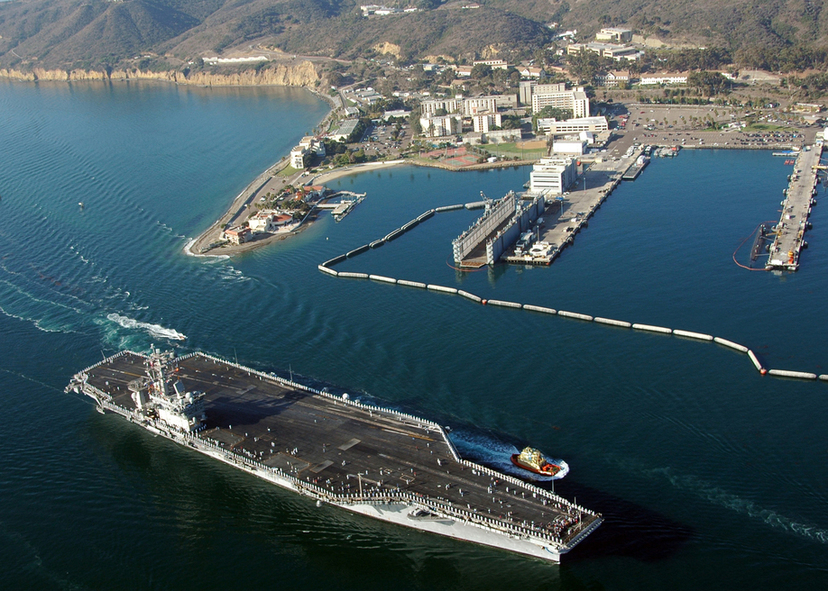 Naval Base Point Loma ​is located in San Diego, California and is the consolidation of seven naval installations, including submarine commands, fleet training, and naval warfare commands which official were joined in 1998. The base employees roughly 22,000 military and civilian personnel. The San Diego International Airport is only fifteen minutes from the base. San Diego, California is well known for its balmy weather and has been names by both the Farmer's Almanac and The Weather Channel for having one of the top ten climates in the United States with most of the year hovering at 70°F and an average annual rainfall of about ten inches.

In the late 1700's the Spanish built a fort to protect their access to the San Diego Bay. Following the treaty of Guadalupe Hidalgo in 1848, Americans claimed the base. In 1852 President Fillmore designated 1,400 acres of land strictly for military purposes. Initially the base was provided to the United States Army where it was given the name Fort Rosecrans. The Army soon built a coast artillery to take advantage of the sea access. Years after World War II, the base was turned over to the Navy in 1959 and converted into a shore command in 1974. In 1981, it was designated again, this time as a Naval Submarine Base. In order to provide better Naval service, multiple naval commands were consolidated in the mid-ninties and by October 1998, it was designated as Naval Base Point Loma.

Navy Gateway Inns and Suites are available on the main base for visitors and average for about $100 daily. Some of the on site amenities include free wi-fi, free laundry, barber shop, restaurants, a gym, and a gas station. For information, call 619-553-0594. A similar arrangement through Navy Gateway Inns and Suites are available in an annex about ten minutes off of the main base. For information, call 619-524-0557.

Morale, Welfare, Recreation, and other Services

All on base movie showings are free, however, most movies are not new, but rather showings of a variety of movies from years past.

Deployment support is available to all those personnel who would like assistance on a personal level or with their entire family and childcare programs are available for ages 6 weeks to five years old on site. For more information on Morale, Welfare, and Recreation at Point Loma, please refer to this link.

Catholic religious services are held on base at 9:00 a.m. and Protestant services at 10:15 a.m.

A list of restaurants that will deliver food to Naval Base Point Loma can be found here.

Because of San Diego's beautiful bay-side scenery, weddings on base are very popular. With nine venues to choose from, Point Loma weddings can begin the first stages of planning here. For an updated list of events on base, please refer to the calendar of events.

Because of its proximity to both the Pacific Ocean and Mission Bay, San Diego has many maritime activities which can be enjoyed year round. Some of the well-known spots around the city are Sea World, Balboa Park,  a 1,200 acre space which includes museums, gardens, and the San Diego Zoo.  A large model train museum, the San Diego Museum of Art, and Air and Space Museum are also in the city.

Tijuana, Mexico is just thirty minutes south of San Diego. The most efficient way to get to Mexico from San Diego is via train.