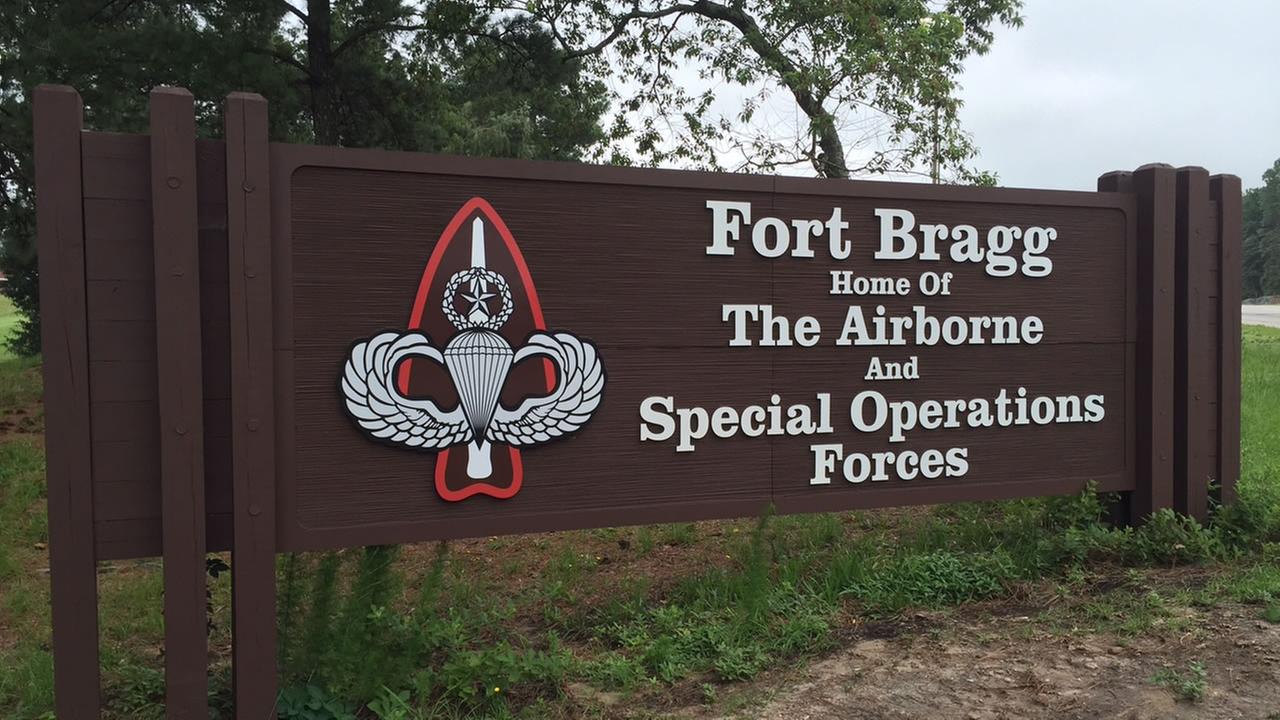 Fort Bragg, not to be confused with the Californian city of the same name, is a U.S. military base located in North Carolina and was previously known as Camp Bragg. This installation was named after Confederate General Braxton Bragg and was formed in 1918.

Fort Bragg is the largest military installation in the entire United States covering 251 square miles (160,640 acres), hosting over 50,000 active duty military personnel and is home to the U.S. Airborne and Special Operations Forces.

Other bases nearby include:

Fort Bragg's origin was rooted in uncertainty--post World War I, the site faced closure due to low profitability and usage. During this time, Fort Bragg Commander Albert Bowley campaigned and fought to keep the base open; Commander Bowley's efforts paid off and earned him a meeting with the Secretary of War who decided that Fort Bragg was an asset and worth keeping active. In seeking a suitable area on which to form a training ground, General William J. Snow, Chief of Field Artillery, settled on the area that would become the sprawling mass of land covered by Fort Bragg because it featured an adequate water supply, rail access and suitable climate for training all year round.

In 1941, Fort Bragg was home to 67,000 troops who were preparing for deployment or providing support during World War II. The 9th Infantry Division, 2nd Armored Division and 100th Infantry Division trained at Fort Bragg during WWII and at the height of the war, Fort Bragg hosted an impressive 159,000 soldiers. After WWII, Fort Bragg became the permanent home of the 82nd Airborne Division. Fort Bragg also saw to the training and deployment of soldiers during the Cold War, the Vietnam War and the Korean War. Additionally, Fort Bragg trained and deployed troops to Saudi Arabia for Operation Desert Shield as well as Operation Desert Storm.

In the 1990's, Fort Bragg received renovations and upgrades to many of its facilities including the construction of a new post exchange and the opening of an elementary school. In September of 2011, Fort Bragg absorbed Fort McPherson's U.S. Army Forces Command and Reserve Command headquarters per a Base Realignment and Closure Commission (BRAC) decision.

Fort Bragg is also home to the Long Street Church which the U.S. Government bought in addition to six acres of land in 1921. In 1974, the church became a nationally registered historic place. Pope Airfield (formerly known as Pope Air Force Base) is also located at Fort Bragg and is operated by the U.S. Army. Due to Fort Bragg's size and amount of resources, the base is able to supply combat and support forces anywhere in the world at a moment's notice. On site it's said that "when the President dials 911, the phone rings at Fort Bragg."

Fort Bragg is located in Fayetteville, North Carolina. Fayettville does have a small regional airport but most soldiers who are arriving by air fly to the Raleigh Durham airport and take a shuttle from there. All Points Shuttle offers 24 hour service from the airport at Raleigh Durham to Fort Bragg and also is great for getting around base if you arrive without a vehicle.

On post housing does tend to have a wait list because of the amenities offered in on post housing and the ease of commuting if you live on base. Families who prefer to live off post usually live in Fayetteville, Spring Lake, or Southern Pines. Rents in the area can be high, especially close to base, so some families may prefer to opt for a longer commute and live further out.

Hotels close to Fort Bragg include The Landmark Inn (910) 495-1215 which is commonly referred to as "Fort Bragg's best kept secret." The Landmark offers free wifi and a deluxe continental breakfast in addition to rooms with microwaves, refrigerators, 32" flat screen TV's and government rates for those who qualify.

Fort Bragg is situated near a variety of schools that are part of the Department of Defense Education Activity (DoDEA) and cover students from Pre-K through 8th grade. Students in grades 9-12 who live on post attend high school in one of two counties: Cumberland or Harnett County.

Things To Do & Places To See

Other activities include visiting local museums and parks including:

The Fort Bragg MWR network provides sports and fitness facilities, arts and crafts activities plus so much more. A schedule of events and a directory is posted online and features events that are open to the public such as marathons, dances and foreign language classes.

Local Activities And Things To Do

North Carolina has a temperate climate and has great weather most of the year so there are always outdoor activities for those who like the outdoors. Fishing, hunting, camping, hiking, sailing and more are easily accessible.

On post there are two bowling alleys, 13 fitness centers that are accessible to families, an ice rink, a roller skating rink, a large library and many parks and play spaces for kids.

The city of Fayetteville has a lot of arts and culture activities going on throughout the year. There are regional theater productions and a great movie house along with many boutiques, cafes, and great restaurants. And there are several large cities that are easy to get to if you prefer the big city.