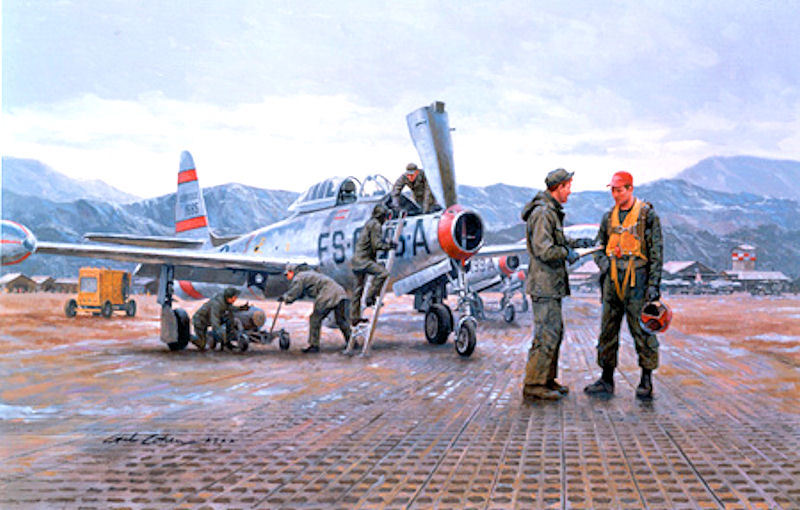 Camp Joseph T. Robinson (also known as Camp Robinson, Camp J T Robinson, the Robinson Maneuver Training Center and previously known as Camp Pike), is located in Little Rock, Arkansas. Camp Robinson is home to the Arkansas National Guard and serves as a training facility in addition to also acting as a storehouse and lending its facilities to various military and civilian entities.

In June 1917, construction on Camp Pike (which would become Camp Robinson) began. It took more than 10,000 workers and approximately $13M to build the installation. By November of the same year, Camp Pike was mostly complete and ready for action.

Camp Pike was home to the 87th Division and would become a demobilization base at the end of World War I. In 1922, over 6,000 acres of land were given to the state of Arkansas by the U.S. Government with two conditions: one, the land was to be used mostly for military operations (it was annexed to Camp Pike) and two, the U.S. could retake control of the land in the event of an emergency.

In 1937, Camp Pike became Camp Robinson, named after Joseph Taylor Robinson, former U.S. Senator of Arkansas. Robinson had a busy political career with positions that included being a State Representative, U.S. Representative, the 23rd Governor of Arkansas, a Senate Majority Leader and even a run as a Vice President hopeful in 1928. Robinson died in 1937 of heart failure and was mourned by thousands who attended his funeral to show their support for "the fightingest man in the U.S. Senate."

When World War II began, the U.S. Government took back control of the land it had deeded to Arkansas and Camp Robinson became an Infantry Replacement Training Center with a POW center on site that held 4,000 Germans. In 1946, Camp Robinson had grown to 32,000 acres and had seen around 750,000 troops go through its facilities for training.

Today, Camp Robinson is the home to the Arkansas National Guard Joint Forces Headquarters and the Marksmanship Training Unit.

There is no on-post lodging at Camp Robinson. You can contact the Little Rock AFB Lodging Office at (501) 987-6753 to make a reservation or ask for information.

Hotels within 5 miles of Camp Robinson include:

The North Little Rock School District (covering elementary, middle and high schools) can be reached at (501) 771-8185.

The Old Mill (501-758-1424) is listed as the number one thing to do by TripAdvisor. The mill is a historic site and landmark featuring free admission, guided tours and a recreation of an 1880's water-powered grist mill which was featured in the opening scenes of the classic film Gone With the Wind.

The Arkansas Inland Maritime Museum (501-371-8320) is a military museum that is open year-round and allows visitors to explore a World War II submarine plus much more.

Dickey-Stephens Park (501-664-1555) is a ballpark stadium featuring a family-friendly atmosphere and concession stands.