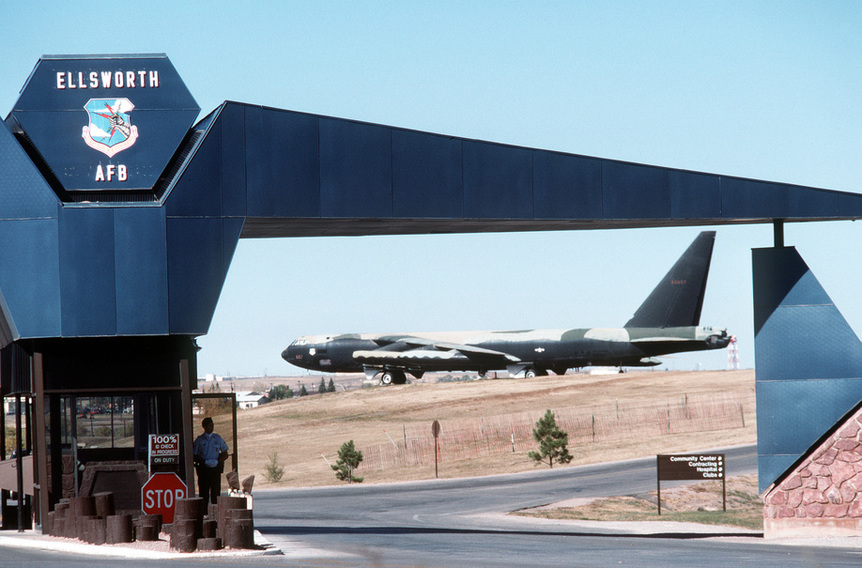 The Ellsworth Air Force Base, 12 miles east of Rapid Falls, South Dakota, spans over 4,800 acres and is home to over 4,100 military members and their families. Due to being the second largest employer in the entire state, Ellsworth AFB has gained a positive reputation throughout Rapid Falls and South Dakota.

A month after entering World War II, the U.S. War Department established the Rapid City Army Base as a training center for Boeing B-17 Flying Fortress heavy bomber units. The facility was constructed by the end of the year and had three functioning runways. As the war continued, the base continued to train pilots, navigators, radio operators, and gunners, with a major focus on overthrowing the Axis powers in Europe.

Following the end of the war, Rapid City AB was assigned as a permanent facility of the Army Air Force. The base was reconstructed and modernized, as the base was rapidly erected with temporary materials during wartime. The 28th Bombardment Wing was assigned as the host unit, with its main mission to fly the B-29 Superfortress. The 28th Bomb Wing later upgraded to the larger and more efficient B-36 Peacemaker.

Tragedy struck the base in the spring of 1953. During a typical air routine of the 28th Bomb Wing, a B-36 Peacemaker crashed - instantly killing all 23 crew members on board. The base’s name was changed to the Ellsworth Air Force Base, in honor of General Richard E. Ellsworth, the copilot that was killed in the crash. President Dwight E. Eisenhower attended the base dedication ceremony.

In the midst of the Cold War, the 740th Aircraft Control and Warning Squadron unit was activated on the base. The 740 AC&W Wing’s main goal was to assist the newly formed Radio network system, created for U.S. air defense against the USSR. In 1957, the U.S. Army installed Nike-Ajax surface-to-air missile sites at Ellsworth. In 1986, the base became home to the advanced B-1B Lancer and went through another series of reconstruction. By the end of the decade, Ellsworth AFB was also home to the 12th Air Division unit.

The end of the Cold War had a profound effect on Ellsworth. The Strategic Warfare Center replaced the 12th Air Division unit and all strategic nuclear alert operations were ordered to stand down. The main mission of the 28th Bombardment Wing changed to provide worldwide conventional munitions delivery. The 28th Bomb Wing played a major role in the war against terrorism, deploying multiple B-1s.

The Aspen Inn is available for families seeking temporary lodging. The units will accommodate a family of four and pet-friendly units are obtainable. For more information and/or to book a unit, call (605) 385-2844.

Family housing is privatized at Ellsworth Air Force Base. The Balfour Beatty Communities offer move-in ready homes with 24-hour maintenance. For more information, click here. Children living on base will attend public schools in the local Douglas Public School District. If you are living off base and/or if you have any questions, contact the School Liaison Officer at (605) 385-4663.

Things to Do / MWR

The Ellsworth Air Force Base has many options for leisure and entertainment. The base has a movie theater, indoor and outdoor pool, golf course, recreation center, and fitness center. To take a look at all the amenities, click here.

The South Dakota Air and Space Museum, located just outside the base entrance, attracts hundreds of visitors yearly. Major exhibits include the the B-1B Lancer and the B-29 Superfortress and a bus tour of the base is purchasable during the summer months. To schedule a tour, click here.