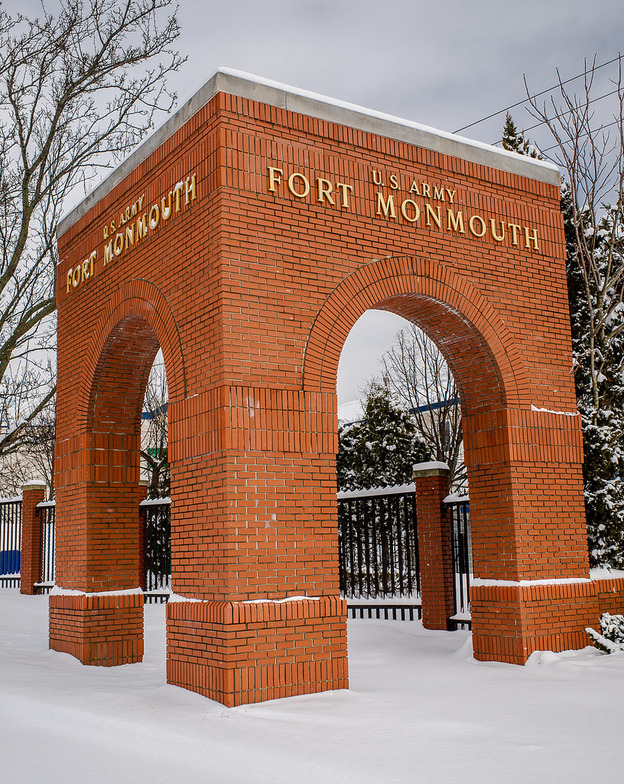 Last Updated: Aug 8, 2017
Fort Monmouth is located in central New Jersey. The site was an army installation from 1917 to 2011. The former base spans 1,126 acres between the Shrewsbury River and Route 35.
The facility was known for its technological advancements and family-friendly community environment. Fort Monmouth played a key role in developing advanced battlefield communication system.
After the attacks of September 11, 2001, the fort was closed to the public. A public health clinic, a gas station, and popular restaurants were forced to relocate. The once vibrant community was greatly diminished.
Today the location is used mostly by commercial technology companies including Lockheed Martin. The nationally renowned Sun Eagles Golf Course is once again open to the public.

In 1917 the US Army leased the Monmouth Racecourse in central New Jersey to be used a training grounds. The Racecourse was deteriorating at the time, making it affordable.
Additionally, the location was chosen because of its proximity to the Port of Little Silver. In fact, the site was originally called Camp Little Silver.  However, the base underwent several name changes. Finally, in 1928, the site was renamed Fort Monmouth. The name Monmouth commemorate those who died during the Revolutionary War in the Battle of Monmouth.
Over time, Fort Monmouth transitioned to a research and development (R&D) facility. The base has a long history of communications research and was the location where radar first developed at Monmouth.
Following second World War, the fort expanded by purchasing surrounding military bases. These purchases include: Camp Coles (Red Bank), Camp Charles (Tinton Falls), and Camp Evans (Wall Township). The Army also purchases a film studio which became the Army Film Training Lab at Monmouth.

Though the base is now closed, it housed several active units in its prime.  Most units were affiliated with the Communications Electronics Command Life Cycle Management Command (CECOM LCMC), including

Other units that assisted in CECOM operations were:

Fort Monmouth also was home to the United States Army Signal Corps until the organization relocated in the 1970s.  Other units once present on the base that were unaffiliated with CECOM were the Joint Interoperability Test Command (JITC), the U.S. Military Academy Preparatory School, the 754th Explosive Ordnance Dispersal (EOD) unit, and Patterson Army Health Clinic.

The closure of Fort Monmouth was recommended by the Pentagon in 2005 and soon confirmed by vote, despite heavy opposition by base leadership and the local community.

As means of restoring some financial stability to the surrounding community following the BRAC, a law known as the Fort Monmouth Economic Revitalization Act was signed. The law established the Fort Monmouth Revitalization Planning Authority (FMRPA).  The FMRPA opened housing opportunities on the former base. Later the location was opened to technology companies to revitalize the area.