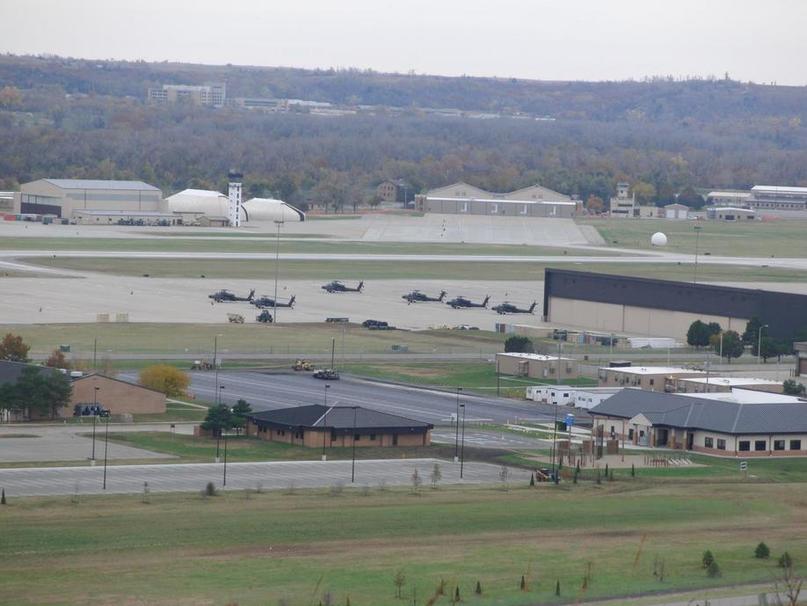 Fort Riley sits in North Central Kansas along the Kansas River. The fort is a United States Army installation that supports military personnel as well as partners. The site spans 101,733 acres across Geary and Riley Counties.

Fort Riley is a relatively large base. Its housing development is a census-designated place, with a population of 7,761 people in 2010. The fort was constructed in 1853 and named after Major General Bennet C. Riley. General Riley led the first military escort on the Santa Fe Trail.

The post has had a few shifts in purpose over the years, from protection of trade over various trails to teaching of cavalry tactics.  The fort has been involved in many wars throughout America' s history. These wars include: Native American skirmishes, the Civil War's "Bleeding Kansas" incident, World Wars I and II, the Korean War, the Cold War, Vietnam, and the Gulf War.

These ESB organizations are spread across three rotating locations in North Carolina, South Carolina, and Georgia. Training locations are also rotated from Fort Irwin, CA to Fort Polk, LA. In addition to expansion across the United States, Fort Riley has also taken part in worldwide conflict, with stabilization forces rotating in Bosnia as well.

In 2003, the fort's 3rd Brigade 1st Armored Division was deployed in response to operation Iraqi Freedom to secure and stabilize Baghdad. This mission continued for the next nine years.

In 2006, Fort Riley began to train Military Transition Teams (MiTTs), 10-15 man teams from the Army, Navy, and Air Force.  2006 also marked the year that the 1st Infantry Division returned to Fort Riley.  This division has moved in and out of the base several times throughout the fort's history, however, leaving again in 2009 to Fort Polk.

Today, Fort Riley still deploys its soldiers to various parts of the world in pursuits of peacekeeping.

The DMPRC is the newest significant addition to the Douthit Gunnery Complex on post, which includes barracks and launching capabilities.

While Fort Riley has striven to attain peace across the world, the site has also had its fair share of controversy and scandal.  The facility has notoriously contaminated groundwater as a result of improper waste disposal buildup. In recent years steps have been taken to clean up the mess.

In early 2017, there was an accidental fatal shooting of a 16-year-old boy that made national headlines. No military personnel on base were involved.

There are several housing options available if you or your family is stationed at Fort Riley.  Click here for more details.

To browse schools for children of military stationed at Fort Riley, click here.

The base also has several other amenities, including a car wash known as the "Wash Rack" and Post Exchange.