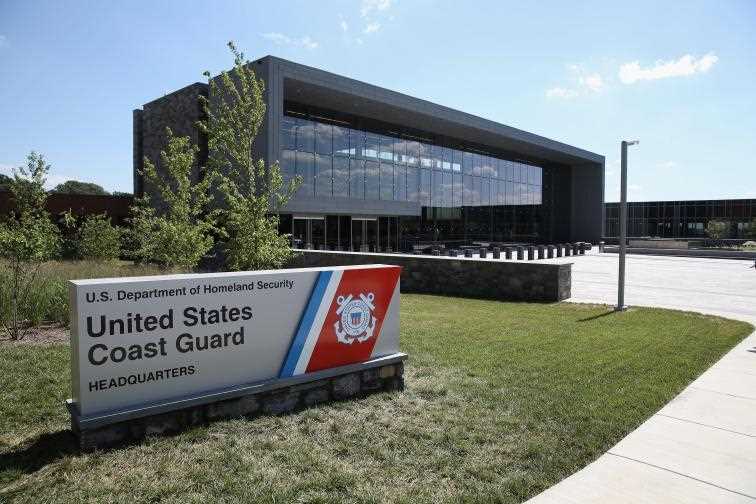 The United States Coast Guard (USCG) Headquarters are located in the Douglas A. Munro Building in Washington, D.C. at 2703 Martin Luther King Jr. Ave., SE. Nearby bases include Fort McNair, the Pentagon and Joint Base Anacostia-Bolling.

The USCG is responsible for safeguarding waterways and conducting rescue missions in addition to monitoring over 100,000 miles of United States coastlines. The Coast Guard is made up of over 56,000 personnel who are trained to maneuver Cutters (patrol boats) and aircraft. The USCG is the only military branch that is a part of the Department of Homeland Security.

The USCG's history is tied to the US Revenue Cutter Service which was founded in the summer of 1790 by Congress. Established as an armed customs agency, this program, run by the U.S. Treasury, was called the Revenue-Marine before officially being named the Revenue Cutter Service in July of 1894. A few years later, in early 1915, the Service was merged with the U.S. Life Saving Service, a program set up to rescue shipwrecked crews, to form the U.S. Coast Guard.

From 1915 through 1919, the Munsey Trust Building (Washington, D.C.), acted as the HQ for the USCG. Shortly after, the Bond Building, also in D.C., became the USCG HQ. The Coast Guard moved around for the next couple of years before deciding it was time to find a permanent place to call home. Rather than continue leasing a building for its new HQ, the USCG set its sights on property already owned by the government.

In 2009, construction on St. Elizabeths Hospital began and in 2013, the site was dedicated as the new USCG HQ. Later that same year, the Douglas A. Munro Building was designated as the new and official HQ for the USCG. The building is named after the only Coast Guard Signalman to be awarded the Medal of Honor for his bravery during World War II.

The USCG’s MWR program offers multiple options for the individual as well as the family unit.

The Sports branch is part of the Armed Forces Sports Program that sees military personnel from the Marine Corps, Army, Navy and Air Force branches to compete against each other in the Armed Forces Championships. For questions or additional information, feel free to call the USCG Sports Director at (757) 842-4928.

You’ll also find internships through the MWR program that gives students the chance to earn college credits if their path of study is related to morale, well-being and/or recreation.

The internship locations as of January 2018 are:

The Coast Guard MWR Internship Program Manager can be contacted at (757) 842-4926. Click here to search jobs at USCG HQ.