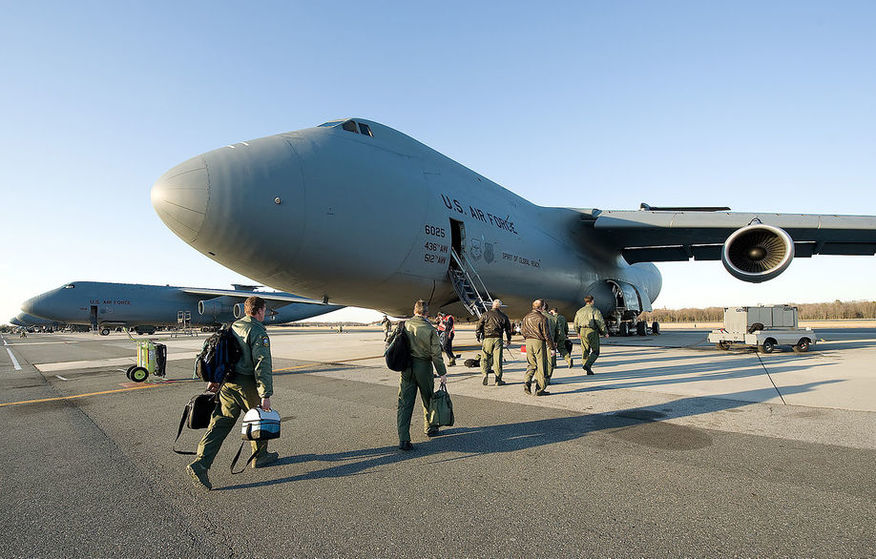 The Dover Air Force Base (Dover AFB) is located in central Delaware, just minutes from downtown Dover and the Delaware Bay coast. The base spans over 385  acres and is occupied by approximately 3,400 residents. The Philadelphia International Airport (70 miles northeast) and BWI (90 miles east) provides convenient transportation.

When the U.S. joined World War II, the United States Army Air Corps realized that they needed a training airfield facility. In 1941, the newly constructed Dover Municipal Airfield was charted by the USAAC, The airport was quickly converted into a military airfield. The runway was extended in order to be suitable for heavy aircraft. By December 1941, a unit of the Ohio National Guard flew the first missions from the airfield.

The base was used throughout the duration of World War II. The renamed Dover Army Air Base was used to train hundreds of fighter pilots. It was also a site of development for air-launched rockets. The rockets played a vital role in the war effort. Following the end of the war, the base was placed on an inactive status.

In the summer of 1950, the base was reactivated in response to the Korean War and growing threats from the Soviet Union. The modernized base was transferred to Military Air Transport Service and began strategic airfield missions. Base housing was constructed to provide for over 1,200 families as the 1607th Air Transport Wing became the host unit of Dover.

The 436th Military Airlift Wing was activated as the host unit in the mid 1960s. During the Vietnam War, more than 20,000 fallen soldiers were brought home through the Dover base. The 436th Wing assisted Israel during the Yom Kippur War by providing airlifts accommodating military equipment.

In 1992,  Dover AFB was transferred to the Air Mobility Command. In recent years, Dover AFB has continued to be highly successful. The Dover Team landed the first C-5 in Iraq during the recent war and was the first base to receive a C-5M "Super Galaxy" aircraft in 2009. Dover received the Commander-In-Chief Installation Excellence title in 2008, an award given to the best base in the Air Force. To demonstrate the base's excellence, an air show is held every summer.

The units home to Dover AFB include the 436th "Eagle" Airlift Wing and the 512th "Liberty" Airlift Wing. The Eagle Wing’s aircraft, the C-5 Galaxy and C-17 Globemaster III, supply 25% of the nation’s international airlift capability. The Eagle Wing provides worldwide movement of cargo and personnel to over six continents. The Liberty Wing works to maintain, repair, and fly aircraft provided by the Eagle Wing.

The two wings, known together as the “Team Dover”, invariably work together to provide global mobility and prepare airmen to be combat ready. The base remains one of the top ten employers in the state of Delaware. Dover AFB operates the largest and busiest air freight terminal in the Department of Defense. When space is available on the C-5 and C-17, flights are opened to passengers. Popular destinations include bases in Spain and Germany.

The base contains the largest military mortuary in the Department of Defense. The Charles C. Carson Center for Mortuary fulfills the commitment of ensuring dignity, honor, and respect to the fallen service men and women. Dover AFB contains short term housing and services for families of the fallen.

For families, privatized housing is available at the Eagle Heights neighborhood. Located on the base, there are a wide variety of amenities, including, but not limited to, parks, swimming pools, and a fitness center. For more information about Eagle Heights, click here. Unaccompanied housing options are available as well. UH is provided for unaccompanied Airmen in the ranks of E-1 to E-3 and E-4 with less than three years of service.

Dover AFB is home to many families. Over 75% of households on base have children under 18 living in them. Children living on base will attend the following public schools in the Caesar Rodney school district:

The School Liaison Office is happy to answer any questions regarding schooling at (302) 667-6930.

There are many opportunities to explore the base. The Air Mobility Command Museum is an expanding collection of vintage planes and artifacts with an emphasis on the history of the Dover AFB. The museum is open Tuesday through Saturday, excluding public holidays. Admission is free.

Tours are available free of charge and are offered Tuesday through Thursday. Groups up to 40 people are allowed.