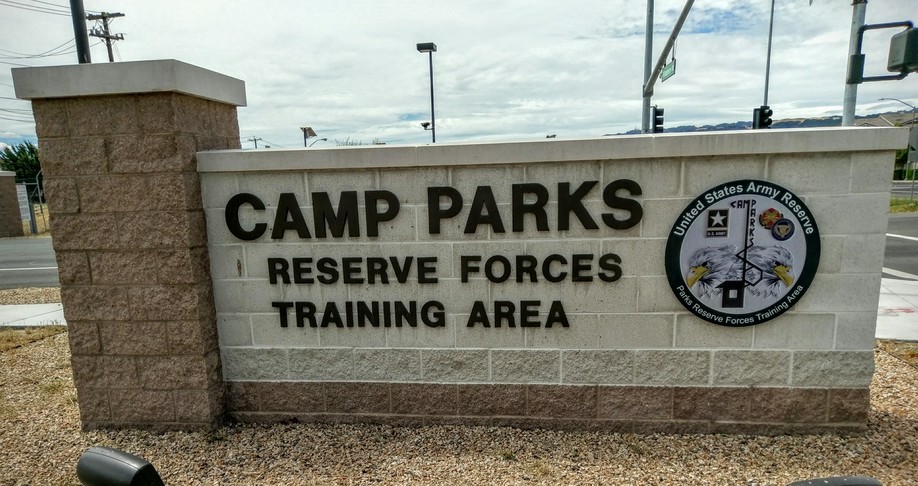 Parks Reserve Forces Training Area (PRFTA), more commonly referred to as Camp Parks, is a U.S. Army installation that was established in 1943 and is located in the eastern San Francisco Bay Area, California. Camp Parks is a partially active base and training site for Reserve forces made up of over 250 military units and over 20,000 Reserve and National Guard forces. In addition to training, Camp Parks also acts as a standby facility in the event of natural disasters or war. On site units at Camp Parks include:

Originally the headquarters for the Navy Seabees, Camp Parks has grown exponentially to serve various facets and organizations of the U.S. armed forces. During the Korean War, Camp Parks was under the control of the Air Force; in 1959, the U.S. Army took over the base. Between 1964 and 1973, Camp Parks' unused excess lands were handed over to Alameda County to be used as a Job Corps Training Center where future heavyweight boxing champion George Foreman was enrolled in a disadvantaged youth program.

Temporary arrival lodging is also available for service personnel, their guests and dependents, retirees, civilian employees and authorized DoD travelers. To contact the Camp Parks Lodging office, you can call (925) 803-5326.

Hotels within 3 miles of Camp Parks include:

At the Blackhawk Museum (925) 736-2277, visitors can spend time checking out the large collection of classic and rare cars on display.