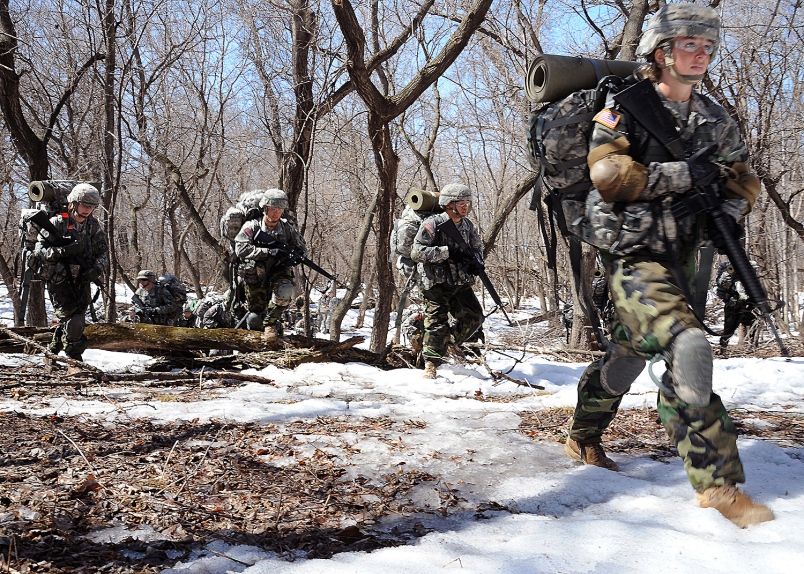 Grand Forks Air Force Base became an active military base in 1957. It operated as part of the Air Defense Command as a fighter-interceptor base during the Cold War.

Grand Forks also operated a Semi Automatic Ground Environment data center, also called a SAGE center. The SAGE data center was part of a network of surveillance and radar stations that were tasked with providing early warning in the event of a Soviet attack. The SAGE center was expensive to run and eventually was combined with the center at Minot AFB and inactivated at Grand Forks.

Grand Forks was also one of only 10 military sites chosen to host a Sentinel Anti-Ballistic Missile site. Plans were made in the 1970s to turn Grand Forks into a highly secure site that would be one of the country’s first lines of defense against an attack. But, military funding for the buildup fell through and eventually the base was taken off the priority list.

In 2005, as part of a military base overhaul the base was realigned to prevent closure. Today it operates with a small contingent of personnel. The rich and significant history of this base makes it a fascinating place to visit or live.

Grand Forks AFB may be a small base but it is located in the heart of the beautiful Red River Valley and is one of the best places in the nation to live according to Money magazine’s 2017 annual survey.  Grand Forks has a lower cost of living than most of the country and was voted one of the least economically stressed areas of the country. (AP Economic Stress Index, May 2011).

Single service members can live in dormitories on base. Family housing for service members and their families is available on post as well, through Balfour Beatty Community homes.

One fact that you might not find in the Grand Forks AFB base directory is that the weather is going to be extremely cold for most of the year. Grand Forks Air Force Base sits on the Great Plains.

The Great Plains region is known for extreme weather. There are no natural land features like mountains or oceans to temper the weather. Harsh winter weather usually sets in around Labor Day and does not let up until late June or July. Because of the extreme cold indoor activities are more popular than outdoor ones in this area.

If you are a true outdoor lover and do not mind dressing in many layers of warm clothing the Great Plains offers world-class outdoor winter cross country skiing.