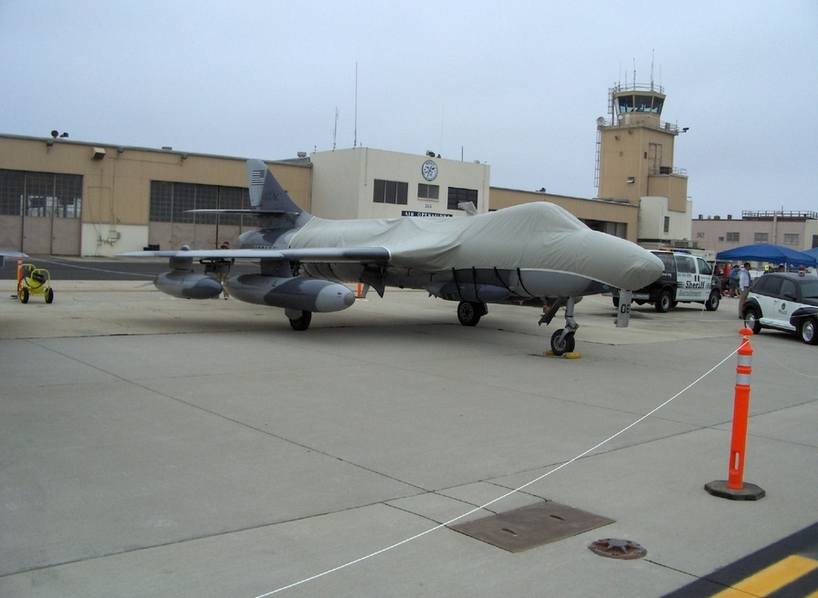 Naval Air Station Point Mugu is a Naval Air Warfare Center in Oxnard, California. Its main purposes are to test weapon systems on both land and sea without interfering with local air traffic or naval vessels. With over 36,000 square miles of sea range, it is a prime location for testing missiles, freefall weapons, and other warfare devices. As of 2009, the number of personnel reached over 2,000 members.

The climate in and around Point Mugu is typically wet winters and warm summers with little rain. The average high temperate hangs at around 70°F and the average low at about 50°F.

The Naval Air Station was opened at the beginning of World War II in 1942 as an anti-aircraft training facility for the United States Navy. Most of the Navy’s testing of missiles occurred here in the 1950’s and 1960’s. During the Cold War Point Mugu primarily tested airlift supports. Ronald Reagan frequently visited the airfield on his trips to and from Santa Barbara where he and Nancy Reagan had a ranch. As a former Governor of California, after Reagan’s death in 2004, the airfield held his state funeral before being sent to Washington D.C. In 2000, the base combined its forces with Naval Base Ventura County and Naval Construction Battalion Center Port Hueneme in which it currently exists today.

Lodging at Point Mugu is somewhat limited. There are rooms for rent on base ranging from $81 to $106 depending on the style and size of room. With this, basic amenities like laundry, Wi-Fi, and a fitness center are available and other rooms come with cable, radios, and microwaves. The phone number for on base lodging is (805) 283-6706.

Hotels in the area range from $60 per night to over $200 per night. Ultimately those hotels with beachfront views are the higher of the rates, but can offer spectacular views of Pacific Coast sunsets. Two favorably rated hotels with decent prices nearby are the Belli Capri Inn & Suites with an average of $90 per night and the Best Western Oxnard Inn averaging at about $124 per night.

College aged personnel or those wanting to pursue a high degree can attend La Verne University which has a plethora of undergraduate programs ranging from criminal justice to education to physics and more. La Verne also has several Certificate, Masters, and Doctoral programs mostly in administrative fields.

To see a current listing of events, please check out the updated calendar of Fleet and Family Programs.

The Needham Theater plays free movies for all personnel and sponsored guests. Personnel also have access to reduced rates to attractions such as Disneyland, Sea World, Universal Studios Hollywood, Lego-Land and many more. On top of this, there are many opportunities to enjoy outdoor activities and sports such as baseball, basketball, bowling, and golf.

The base provides child development centers from ages 5 weeks to 6 years old and youth programs for children ages 12 to 18. Fees for these programs depend on a variety of factors, however, the most prevalent is the annual income of the parents or parent of the child.

Point Mugu’s location on the Pacific provides ample opportunity to check out the copious number of coastal beaches and parks nearby. Only an hour drive will bring visitors to Los Angeles to iconic locations like Griffith Park, The Hollywood Walk of Fame, The Hollywood Sign, Grauman’s Chinese Theater were celebrities hand and foot prints are famously cemented into the ground. Baseball fans can enjoy a Los Angeles Dodgers game during their regular season and Disneyland which is about a two hour drive from base.